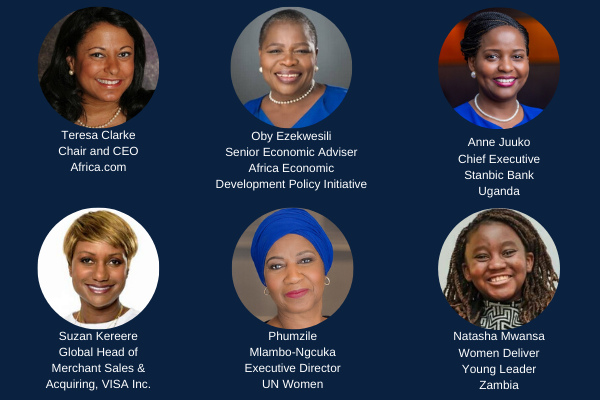 In the next session of Crisis Management for African Business Leaders webinar series, Africa.com Chair and CEO, Teresa Clarke will lead a panel of influential women from a range of sectors. ‘Women are Proving to Be Great Leaders During COVID-19. Is this the Pathway to Power?’, led by Clarke promises to move from a conversation to action. Be certain to join the webinar for a special announcement that will impact women across the continent.

In addition to public sector leaders like Phumzile Mlambo-Ngcuka, Under Secretary of the United Nations and Executive Director of the UN Women (and former Deputy President of South Africa), and private sector leaders like Anne Juuko, Chief Executive of Stanbic Bank Uganda, the panel will feature a dynamic young activist from Zambia, Natasha Mwansa. Mwansa is the youngest recipient of the Global Health Leaders award worldwide awarded by the World Health Organization, in recognition of her work towards adolescent health for over six years and after her awe striking speech on what young people want, during the opening of the 72nd World Health Assembly.

The full line up of speakers is as follows: