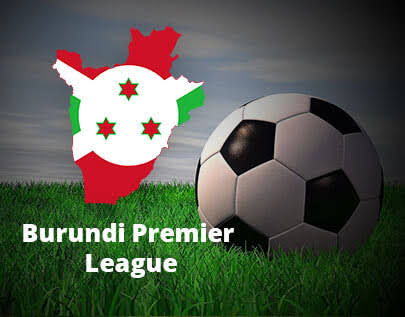 The country was the last to suspend soccer activities and have made official the day when teams will return to the pitch. Burundi Football Federation (BFF) has set May 21 as the date when football action will resume.
BFF was the last African federation to halt soccer activities due to the novel Covid-19 pandemic. The announcement means Burundi is the first East African country to have an official day when football matches will be allowed back.
Matches had been allowed to go on in the land-locked country with fans allowed too but after taking temperature tests and sanitizing their hands before every match outside the stadiums.
Before the suspension, Le Messager was leading in Ligue A, 57 points ahead of Musongati who had 51 points although they had played fewer matches.
Lydia Lucic, Ngozi City and Les Lierres were occupying the last three spots in the 16-table team and each will now have a chance to fight for survival as football activities are all but certain to return.
When BFF suspended the leagues, Ligue A had three matches on the card to the conclusion of the season. The latest development means even the Presidential Cup, which was headed into the penultimate stage, will be concluded naturally.
Tanzania’s matches were suspended in mid-March could be the second East African country to see a resumption of action including the Vodacom Premier League (VPL).
The Tanzania Football Federation (TFF) and the Premier League Board (TPLB) are working on modalities that will provide guidelines when matches will tentatively resume in the first week of June.
While Burundi has stated their date of resumption, neighbors Rwanda will have to wait for a further government directive and this is according to the Federation of Rwanda Football Association (Ferwafa).
Uganda, whose season had five matches to end, has not given any update so far as to how they would like to end the Premier League and the lower competitions.
Vipers SC were top with 54 points against defending champions KCCA FC’s tally of 54. There is also the Uganda Cup which was far from being concluded.
In Kenya, Football Kenya Federation (FKF) cancelled all leagues declared champions, promoted and relegated teams. The decision has ruffled feathers especially for certain Kenyan Premier League (KPL) managers who have vowed to reverse the decision.