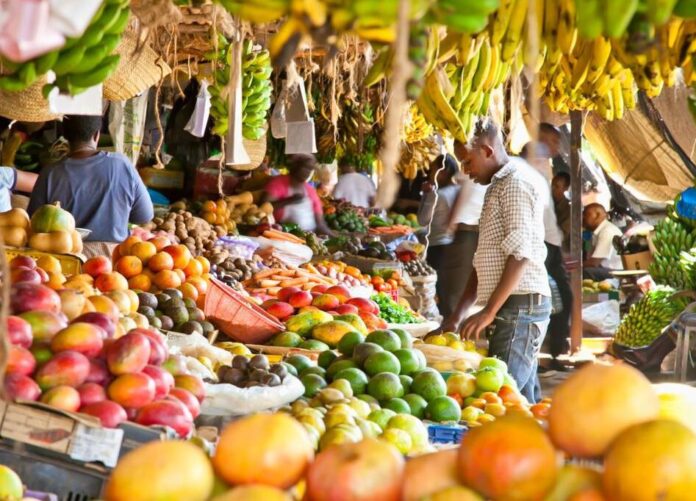 Global economic output will be slashed by $8.5 trillion over next two years

The World Health Organization (WHO) expressed concern at the potential impact of COVID-19 on food security, which is likely to exacerbate the already considerable burden of malnutrition in Africa. The impact of the disease is expected to be greater among those grappling with food scarcity and malnutrition, while widespread food insecurity will likely increase due to movement restrictions.
“COVID-19 is unfolding in Africa against a backdrop of worrying levels of hunger and undernourishment, which could worsen as the virus threatens livelihoods and household economies,” said Dr Matshidiso Moeti, WHO Regional Director for Africa in her regular online briefing. “Hunger and malnutrition heighten vulnerability to diseases, the consequences of which could be far reaching if not properly addressed.”
In Africa, it is estimated that one in five people is undernourished, and that 30% of children under five – approximately 59 million children – have stunted growth, greater than the global average of 21.9%. Wasting occurs in approximately 7.1% of children in Africa. The continent has the highest burden of malnutrition compared with other parts of the world, in terms of percentage of the population. While there has been little research so far into malnutrition as a co-morbidity for COVID-19, people with weakened immune systems as a result of undernourishment are at greater risk of a range of serious illnesses and so are likely to be more severely affected by the virus.
Recent estimates of food insecurity have suggested that as many as 73 million people in Africa were acutely food insecure. COVID-19 is exacerbating food shortages, as food imports, transportation and agricultural production have all been hampered by a combination of lockdowns, travel restrictions and physical distancing measures.
In a separate news according to the United Nations World Economic Situation and Prospects (WESP) mid-2020 report, the global economy is projected to contract sharply by 3.2 percent this year.
The global economy is expected to lose nearly $8.5 trillion in output over the next two years due to the COVID-19 pandemic, wiping out nearly all gains of the previous four years. The sharp economic contraction, which marks the sharpest contraction since the Great Depression in the 1930s, comes on top of anemic economic forecasts of only 2.1 percent at the start of the year.
The report estimates that GDP growth in developed economies is expected to plunge to -5.0% in 2020. A modest, 3.4% growth – barely enough to make up for the lost output – is expected in 2021. World trade is forecast to contract by nearly 15 per cent in 2020 amid sharply reduced global demand and disruptions in global supply chains.
The report also stated that the pandemic will likely cause an estimated 34.3 million people to fall below the extreme poverty line in 2020, with 56% of this increase occurring in African countries. An additional 130 million people may join to the ranks of people living in extreme poverty by 2030, dealing a huge blow to global efforts for eradicating extreme poverty and hunger. The pandemic, which is disproportionately hurting low-skilled, low-wage jobs, while leaving higher-skilled jobs less affected – will further widen income inequality within and between countries.
Facing an unprecedented health, social and economic crisis, governments across the world have rolled out large fiscal stimulus measures – equivalent to an estimated 10 per cent of GDP – to combat the pandemic and minimize its livelihood impacts. However, the depth and severity of the crisis foreshadows a slow and painful recovery.
Elliott Harris, UN Chief Economist and Assistant Secretary-General for Economic Development stated that “The pace and strength of the recovery from the crisis not only hinges on the efficacy of public health measures in slowing the spread of the virus, but also on the ability of countries to protect jobs and incomes, particularly of the most vulnerable members of our societies.”
The report also highlights the pandemic could foster a new normal, fundamentally reshaping human interactions, inter-dependence, trade and globalization, while accelerating digitalization and automation. A rapid surge in economic activities online will likely eliminate many existing jobs, while creating new jobs in the digital economy. The net wage and employment effects could be negative, further aggravating income inequality.