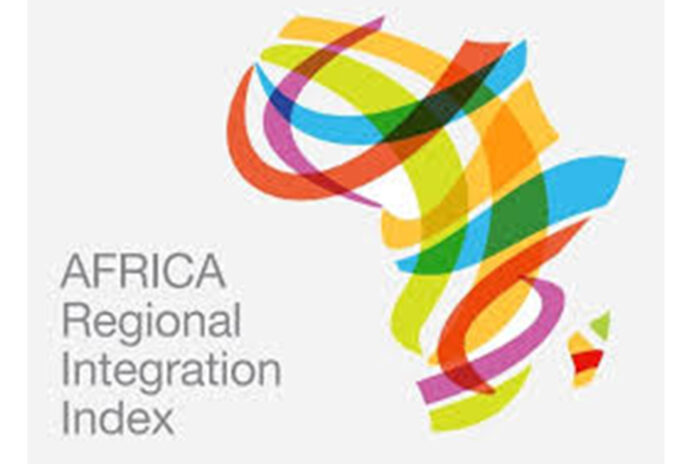 The second Africa Regional Integration Index (ARII 2019) was launched on May 22 by the Economic Commission for Africa (ECA), the African Development Bank and the African Union Commission (AUC), with a call to action to African economies to deepen their integration.
The 2019 Index, which builds on the first edition published in 2016, provides up-to-date data on the status and progress of regional integration in Africa. It also helps to assess the level of integration for every Regional Economic Community (REC) and their member countries.
The report observed that although 20 countries score above average, no African country can be considered well integrated in its region. Even the most integrated country, South Africa, scores 0.625 less than two-thirds of its potential on the scale.
The report found that much more needs to be done to integrate regional economies to make them more resilient to shocks such as the current COVID-19 pandemic. Overall, the Index shows that levels of integration on the continent are relatively low with an average score of 0.327 out of 1.
“Whereas the Index edition we are releasing today has data cut off points in 2019, the present COVID-19 pandemic has reopened the question of whether enough is being done in advancing regional integration as a means to help Africa withstand systematic shocks such as the one being experienced today,” said Stephen Karingi, Regional Integration Division Director at the ECA.
“This index is both a measurement exercise and a call to action; to build resilient economies through integration,” he added. “It will identify the solutions needed to truly build an integrated Africa.”
Jean-Denis Gabikini, Acting Director of the AUC’s Economic Affairs Department, welcomed the collaboration in producing the Index. He noted that the Index covers issues of intellectual property, competition policy, investment and digital trade which are critical to the successful negotiations of Phase II and III of AfCFTA.
“To achieve an “integrated, prosperous and peaceful Africa, representing a dynamic force in the concert of nations”, this ARII report will support AU Member States and RECs to address industrialisation and value addition priorities for the development of the continent,” Gabikini said.
With the establishment of RECs and the creation of AfCFTA, Africa has reinforced regional integration as a major development priority for the continent under the 2012 Boosting Intra-African Trade (BIAT) Action Plan.
The Index ranks the level of integration of African countries within their respective RECs and also with the rest of the continent. It scores across five key dimensions: trade, productive capacity, macroeconomic policy, infrastructure, and free movement of people.
Among the eight RECs recognised by the AU, the East African Community (EAC) scored highest for overall integration, with the Southern African Development Community (SADC) coming last.
The African Development Bank’s Director for Regional Development and Regional Integration, Moono Mupotola, said the Index was a useful tool for tracking progress on the regional integration front and would help countries identify priorities to improve integration.
“The crippling effects of COVID-19 illustrate the need for enhanced production of African finished goods and services that can readily be traded across the continent,” Mupotola said.
David Luke, coordinator of the African Trade Policy Centre (ATPC) at the ECA pointed out that the productive and infrastructure dimensions of regional integration are intricately linked. Tackling these two dimensions along with implementing the AfCFTA would be a massive boost for trade, he said.