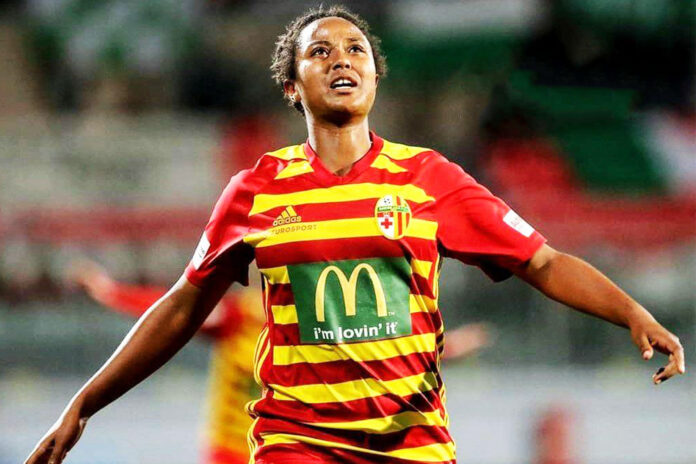 Ethiopia’s Loza Abera emerged top scorer in Malta as she and Nigeria’s Esther Anu celebrated their first Maltese BOV Women’s Premier League title with Birkirkara.
The development comes on the decision of the Malta Football Federation (MFF) to prematurely terminate the 2019-20 football seasons due to the Covid-19 pandemic.
The MFF disclosed ‘the first-place teams at the time when the competitions were suspended due to the Covid-19 pandemic, and subsequently terminated, are declared winners of their respective leagues (2019/20). This applies to these championships – BOV Premier League, BOV first division, BOV second division, BOV third division and BOV Women’s League.
“The Maltese teams who will be participating in the 2020-21 Uefa Club Competitions are Floriana FC (Uefa Champions League), Valletta FC, Hibernians FC and Sirens FC (Uefa Europa League), Birkirkara FC (Uefa Women’s Champions League) and Luxol Futsal (Uefa Futsal Champions League).”
This means the Birkirkara produced a five-star performance to finish the 2019-20 season in style, with 37 points from 13 matches, and complete an entire campaign unbeaten for the third time in the last four seasons, scoring 76 goals and conceding just eight.
The title triumph is the first top-flight league success for Losa and Anu in Europe and the second silverware for the duo after the Maltese Women’s Super Cup win in December.
Losa, who joined the Maltese club from Ethiopian side Adama City last September, scored 30 goals in 12 outings to emerge as the league’s top scorer, finishing seven goals ahead of closest challenger Bugeja Haley of Mgarr United.
The 22-year-old has now won her second league title in Europe, with her first the Swedish Elitettan crown in the colors of Kungsbacka DFF in 2018 which she scored three goals in eight games to power her side to the Damallsvenskan for the first time.
Before joining for Melania Bajada’s team, the striker had returned home from Sweden to help Adama City to win its first-ever Ethiopia Women’s Premier League title and won top scorer for the fourth time, scoring 18 goals despite joining in the mid-season.
Besides being crowned the Malta top-flight champions for a record ninth time, Birkirkara will represent the country in the Uefa Women’s Champions League next year.