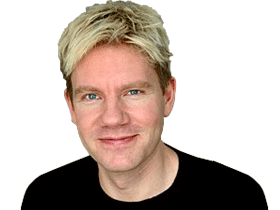 Bjorn Lomborg, President of the Copenhagen Consensus who has been named among TIME magazine’s 100 most influential people in the world wrote to Capital exclusively his new op-ed on the cost-effectiveness of corona policies.
Together with the National Planning Commission in Malawi and the African Institute for Development Policy, Lomborg’s think tank has just published what is likely the first cost-benefit analysis on corona policies for Africa.
The report’s findings are stark. Even moderate social distancing (an approach similar to Sweden’s) will likely lose more life years than it will gain. And the costs are enormous. The study finds: “For the amount Malawi would spend on saving one life through corona policies, it can save 4,000 lives through smart HIV policies.”

Across the world, countries have imposed social distancing regulations to avoid overwhelming the health care capacity during the corona pandemic – the so-called “flatten the curve.” Such a policy can make a lot of sense.
The first peer-reviewed cost-benefit analysis of the US shows just that. It looks at moderate social distancing, an approach similar to Sweden’s. Here, social interaction is reduced about 40 percent, allowing schools and work to stay open but dramatically reducing contacts in all other public areas.
Had this been done across the US, it would have cost $7 trillion more in lost GDP, but more than half the death toll would have been avoided compared to a scenario in which no regulations were put in place. The social benefits of saving these lives add up to about $12 trillion, meaning each dollar in cost achieves $1.70 in social benefits. The study uses rather optimistic assumptions, especially assuming away a second wave of infections, meaning the real social return is likely lower.
A long-term lock-down policy during which schools and work are also shut down, however, would cost much more but save fewer additional lives. This would likely leave society worse off.
But most of the current conversation has been focused on the response in the rich world. That, despite the fact that four-fifths of the world’s population lives outside the rich world, and many large nations, including India and Indonesia, have engaged in dramatic and strict corona policies. Is this the right decision?
For the poorer countries, the benefits of corona policies are sharply lower, as documented by researchers at Yale University.
First, poor countries have substantially fewer old people who would benefit from social distancing.
Second, poorer countries already have low hospital capacity, so flattening the curve will help little and still see hospitals overwhelmed.
Third, poorer people face several challenges and die from many other, preventable causes. This means that they value any risk reduction from corona much less.
Together with the National Planning Commission in Malawi, Copenhagen Consensus and the African Institute for Development Policy have just conducted what is likely the first cost-benefit analysis on corona policies for a developing country. Its findings are stark.
Models show that along with limiting corona deaths, moderate social distancing will also improve treatment of some diseases like HIV but reduce the effectiveness of other treatments, such as those for malaria and tuberculosis. It will also lower the number of traffic deaths but increase the number of malnourished children.
In total, the studies find that the policy can avoid almost 7,000 deaths in a country of 19 million people. That is encouraging.
However, there are significant costs.
While a corona epidemic inevitably creates an economic cost, moderate social distancing will have a somewhat higher economic impact. The total economic loss for Malawi runs to $6.7 billion, almost equivalent to an entire year of GDP.
Malawi has shut down its schools to help tackle corona, but this is also very expensive. About six million school children will learn less and end up less productive in their adult lives. Given that the productivity increase for a year of extra schooling is estimated at 12.2 percent, the total loss over the coming generations for Malawi is worth $5.2 billion today.
Put bluntly, moderate social distancing and school closures can save 7,000 lives at the cost of $12 billion in lower life quality for its future. Is that worthwhile? Many well-meaning people will argue that lives should be saved at any cost.
But clearly, that doesn’t happen. Malawi each year sees 22,000 people die from HIV, almost all of whom could have been saved with enough resources. One study estimates that effective policies to increase nutrition for HIV-infected people could save 7,000 lives for $3 million. For the amount Malawi would spend on saving one life through corona policies, it can save 4,000 lives through smart HIV policies.
Moreover, most of the saved lives from corona are older people, whereas most of the lives saved from HIV, malaria, tuberculosis and child nutrition are much younger. It turns out that just in terms of life years saved, moderate social distancing will likely lose more life years than it will gain. And it will cost $12 billion.
Therefore, the new analysis shows that in Malawi, each dollar spent on moderate social distancing to tackle corona will deliver just four cents of social benefits.
Faced with the specter of corona, initial frenzied action is understandable. And moderate policies in rich countries are likely justified. But for the majority of the world, the benefits are smaller and the costs are higher.
Malawi should, of course, continue a series of sensible low-cost social distancing measures like cocooning the elderly, no large gatherings and handwashing. It should keep health services for tuberculosis, malaria and vaccinations running. It should provide masks for health personnel.
But crucially, Malawi – and likely many developing nations – should not shut down its schools or economy to tackle corona, because the damages will vastly outweigh the benefits.

Bjorn Lomborg is President of the Copenhagen Consensus, Visiting Fellow at the Hoover Institution, Stanford University, and Visiting Professor at the Copenhagen Business School. His upcoming book is “False Alarm”.