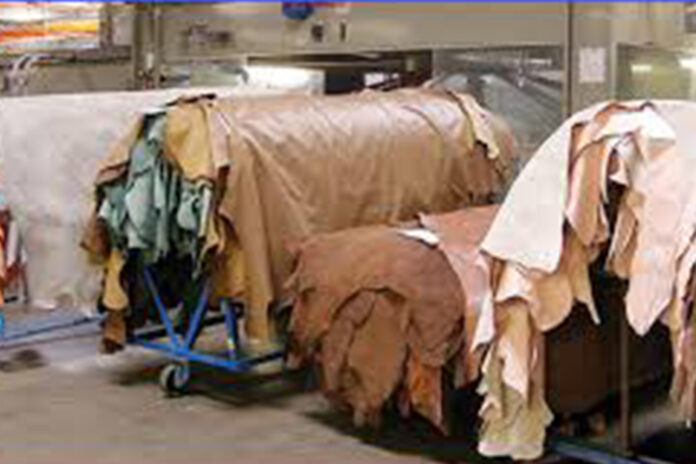 The coronavirus pandemic significantly shrinks the leather export, one of the major hard currency earners for the country; meanwhile the Leather Industry Development Institute (LIDI) appreciates the performance compared with the challenge of the virus.
The sector has achieved 42 percent of the export target 0r USD 65.5 million in ten months of the budget year which the institute projected to generate USD 157 million in the stated period.
Berhanu Serjabo, Corporate Communication Head at LIDI, said that the global outbreak has significantly damaged the sector. “In the budget year, which is 2019/20 we expected to register a significant growth from the leather sector after the government take massive measures to improve it,” the Corporate Communication Head told Capital.
“Before COVID19 becomes a challenge at the global stage the leather export was held in good manner, but since February, a month that the virus expanding its root all over the world the sector performance is seriously affected,” he added.
So far until May 8 the leather sector has generated USD 65.5 million that is 42 percent of the target, according to Berhanu.
“We highly anticipated to register good performance for the year, meanwhile this sudden pandemic has changed the overall condition,” he added.
Even though the leather sector was one of the major hard currency source for the country, it could not continue as its previous strength. Currently newly introduced sectors like horticulture have surpassed the leather sector.
Experts and pioneer leather sector actors, most of them are local investors, criticized the government for weak performance on the sector.
Tanneries argued that the proclamation introduced about 12 years ago significantly damaged the sector and even bankrupt some investors.
The raw and semi-processed hides and skins export tax proclamation No. 567/2008 imposed a discouraging tax of up to 150 percent for unprocessed or semi processed leather products, which local investors argued is untimely and affect the sector.
However lately in the current budget year the government lifted the proclamation and is working with actors to provide support like finance and lifting customs constrains, according to Berhanu, “due to the government’s attention given to the sector we have expected a marvelous achievement.”
“Most of the tanneries were returning to their previous condition and were finalizing to commence their export when the virus becomes a pandemic,” he added.
In the 2019/20 budget year the government targeted to earn USD 201 million. A year ago the sector generated USD 120.3 million.
Meanwhile COVID 19 seriously affects the export of leather and leather goods, according to LIDI to some extent products mainly leather goods like bags and glove are being exported.
“Now we have given priority for tackling the virus and keep the safety of employees and at the same time industries to continue their production with precautions,” he says adding “in the stated manner industries continue producing their products meanwhile their products at the current stage could not be exported as they used to be.”
Currently, there are 27 tanneries, 24 footwear manufacturers, four glove producers and 19 leather product exporting industries in the country that LIDI, which is under Ministry of Trade and Industry, follows.
In the 2008 financial crisis the leather sector faces similar problems, while Berhanu hopes that the current problem will be easy when the global lockdown starts opening up.