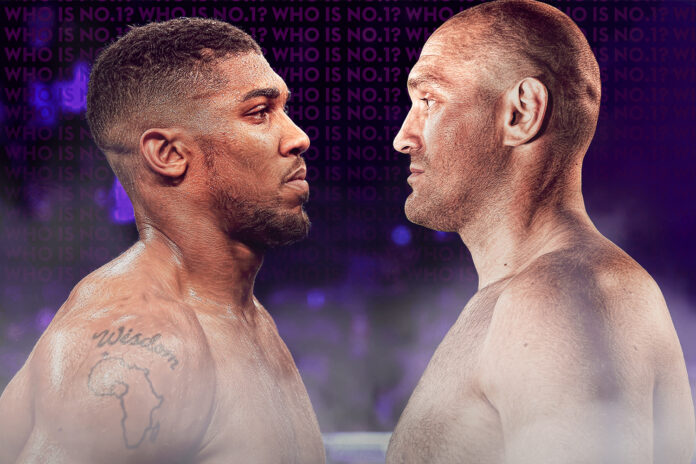 Promoter Eddie Hearn says terms have been reached for two clashes between WBC heavyweight champion Tyson Fury and WBA/IBF/WBO heavyweight champion Anthony Joshua. The first fight could take place in summer of 2021.
“There is still a lot to overcome. We are looking at venues and dates,” Hearn told Sky Sports News. “We have the Dillian Whyte mandatory which is due before this fight…we have not signed contracts because there are still things to be worked out. We’re pushing towards a place where they can be drafted, for 2021. Both guys are in agreement. The structure of the deal has been put forward, and agreed to by both parties.”
Fury confirmed the deal on social media. “Two-fight deal, Fury vs Joshua next year. One problem? I’ve got to smash Wilder. Then we go into the Joshua fight. It’s on, next year, but there is a hurdle in the road called Wilder.”
According to Henry Van Vledder’s suggestion it does not matter how much people want to write off Wilder, he could be as dangerous as ever, even if he can’t box, he stays dangerous. Earlier years boxers used to win and lose and it was part of the sport. For some reason a loss now days a boxer just gets written off.