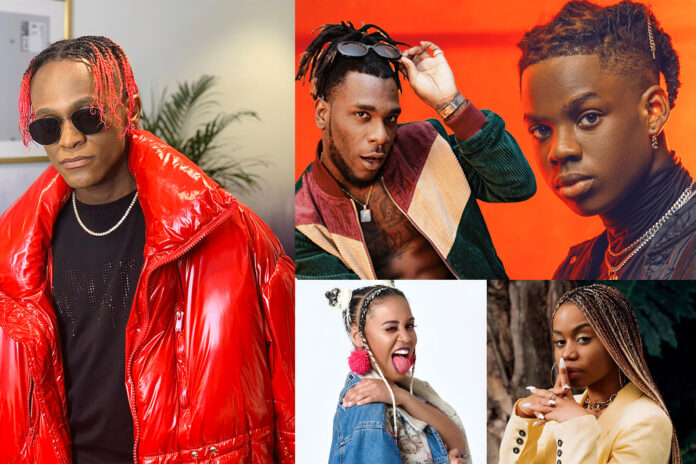 BET announces The “BET Awards” 2020 nominees with Drake leading the pack with six nominations. This year’s nominees reflect an abundance of creative expression and black excellence across music, television, film, sports, and philanthropy. The “BET AWARDS” 2020 will simulcast LIVE on June 29th making its international broadcast premiere on BET Africa.
The nominees for this year’s BET Awards have been announced, and once again, some of the biggest names in African music have been named in the Best International Act and Viewers’ Choice Best New International Act categories. This year, unstoppable Nigerian act Burna Boy, South African superstar Sho Madjozi and Congolese singer-songwriter Innoss’B have been nominated in the “Best International Act”. Rounding up the list of African nominees are Nigerian singer and rapper Rema and Zimbabwean songstress Sha Sha who have been nominated in the Viewers Choice Best New International Act category.
Monde Twala, Senior Vice President and General Manager of ViacomCBS Networks Africa commented, “We are excited to celebrate 20 years of black excellence at the BET Awards during these unprecedented times. The International Act categories over the years have honoured some of the most talented musicians in Africa. This continues at this year’s awards with multiple artists nominated from across the continent which is a testament to our commitment to shine a light on our own. We wish all our international nominees the best in this recognition on a global stage.”
Drake returns to the top spot securing six nods, including ‘Best Male Hip Hop Artist,’ ‘Video of the Year,’ and two nods for both ‘Best Collaboration’ and ‘Viewer’s Choice’ for his features alongside Chris Brown ( No Guidance) and Future (Life Is Good).
Newcomers Megan Thee Stallion and Roddy Ricch garnered the second most nods with five nominations each. Megan Thee Stallion nominations include ‘Best Female Hip Hop,’ ‘Best Collaboration,’ ‘Video of the Year,’ ‘Album of the Year,’ and ‘Viewer’s Choice Award.’ Roddy Ricch’s nods include ‘Best Male Hip Hop,’ ‘Video of the Year,’ ‘Best New Artist,’ ‘Album of the Year,’ and ‘Viewer’s Choice Award.’ Beyoncé, Nicki Minaj, Chris Brown, Lizzo, and DaBaby are the third-highest with four nominations each.
In its twentieth year, the “BET AWARDS” continues its reign as the ultimate platform to showcase the best and most beautiful aspects of the Black experience – celebrating Black music’s present and future, and elevating the culture and being a driving force for social change. BET recognizes artists, entertainers, and athletes across 21 categories with The “BET Awards” 2020 nominations. The nominations are selected by BET’s Voting Academy, which is composed of fans and an esteemed group of entertainment professionals in the fields of television, film, music, social media, digital marketing, sports journalism, public relations, and creative arts.