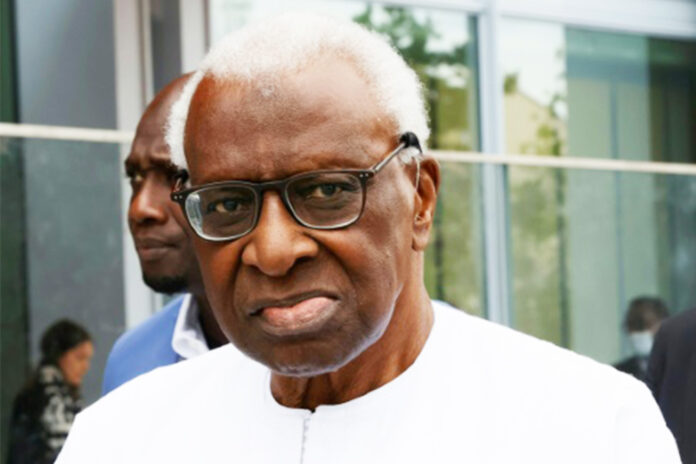 Lawyers for former world athletics chief Lamine Diack, who is on trial for corruption, protested their client’s innocence and said the 87-year-old would die in jail if sentenced to a prison term.
French financial prosecutors sought a four-year jail sentence for Senegalese Diack, saying he and his son, Papa Massata Diack, were at the heart of a scheme that solicited bribes worth millions of euros from Russian athletes to cover up failed doping tests and allow them to continue competing.
Prosecutors had sought a five-year sentence for Papa Massata Diack.
Lamine Diack’s lawyers on Thursday said there were “no tangible elements” proving Lamine Diack’s participation in the scheme, and put the blame on his absent son.
“One has to distinguish between the son and the father,” said defense lawyer Simon Ndiaye, adding that Diack’s main fault had been to hire his son as a marketing consultant for the Association of Athletics Federations (IAAF), a position that he abused. The IAAF is now known as World Athletics.
Stressing the fragile health of Lamine Diack, his second defense lawyer William Bourdon said: “Sending him to the jails of the Republic can only be a death accelerator”.
Friday was the last day of the trial. The verdict is slated for 16 September.