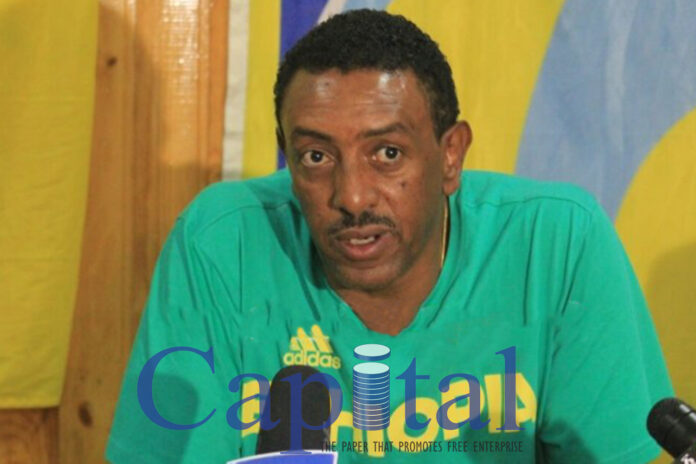 National team Head Coach Abraham Mebratu, Women’s Coach Berhanu Gizaw and national U-17 Coach Ferew Solomon are relieved off their duties following the expiry date of their respective contract agreements with the Ethiopian Football Federation (EFF).
The Federation announced that renewal of the three coaches contract is unlikely as the future of football in the country is not yet clear. With international fixtures including African Nations qualification was in midway, there appears no reason to extend contracts for no clear date set for the start of the football season.
The former Ethiopia Bunna, Nyala, Wonji Sugar and Yemen Olympic Team Coach Abraham Mebratu’s two year contract has expired as of 1st of July 2020. Earning 220,000 Birr which is about 5500 USD monthly salary, Abraham’s record in his two years tenure is not impressive winning only five matches out of 17 fixtures.
Though Waliya’s Head Coach Abraham Mebratu failed to fulfill all his promises (African Cup of Nations, CHAN and Olympic qualifications) there appeared a media campaign opposing the federation’s stand of not renewing his contract. “What if CAF announces qualifications are to kick off in September and no one in place of taking over the national team?” National technical Committee member Solomon Abate told reporters.
The Federation also denied renewal for both Berhanu Gizaw and Ferew Solomon whose contract agreement expired at the end of June.
According to one member of the Executive, the Federation was spending more than half a million birr monthly salary for the three Coaches.