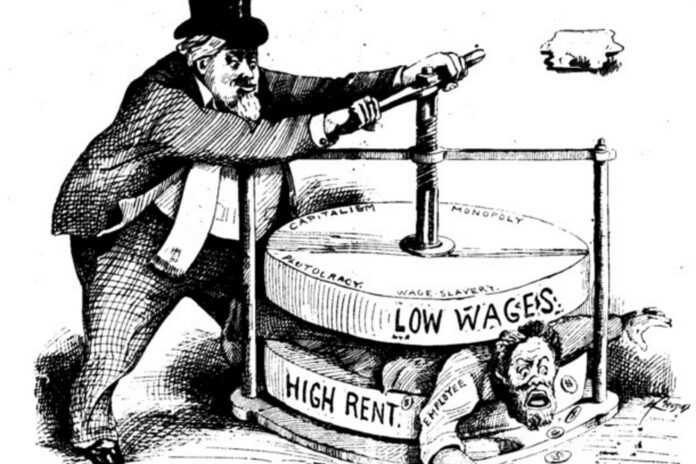 The word corporate comes from the word corporal, which means a body, more precisely, a person in the physical. Mimicking the human individual, capital established an analogues entity with legal rights/personality, around the end of the middle ages. The modern corporation is an artificial setup endowed with full legal rights and responsibilities, just like a natural person. Corporations are given this legal status to help them function like humans in most societal interactions. Recently the US Supreme Court allowed corporations even to cast their votes, albeit indirectly. What corporations lack in actual life is more than compensated by their lifeless longevity. A corporation, theoretically, can exist indefinitely. By and large, it is only corporate failure (like bankruptcy, etc.) that kills a corporation. For example, the longest business entity in the world was ‘Kongo Gumi’, a Japanese temple construction business founded in 584 AD. It only folded in 2009, after operating for 1442 years!
The corporation in its more modern stature came into being around 1600 AD. The British East India Company was the first entity to fully utilize the corporal set up. It is this company that triggered the Boston Tea Party (the American Revolution) as well as the ‘Opium War’ in China. If truth be told, the British East India company was a semi-government entity with sovereign rights/mandates, including monopolies in trades across the oceans. To be sure, the widespread use of the corporation format facilitated commerce and investment all over the world, as it allowed complex organizations to be at once efficient and autonomous! Certainly, it was a better mode of accumulation compared to those of previous eras. In ancient times slavery (long before the phenomenon was falsely associated with color/race/ethnic lines) was the only means of lucrative accumulation and it lasted quite a long time. We can even cite a recent example that is more familiar to many. It was the master/slave production relation that gave rise to the immense wealth of the new world/Americas. Many of the foundations in the USA for example, had directly benefitted from slavery (Harvard, Yale, etc.). The Bank of Lehman Brothers, which went bankrupt in 2008, was quite a big player in the financing of the slave trade from Africa!
During the European Middle Ages, a more enlightened system of accumulation was gradually established, namely, ‘feudalism’. This system replaced slaves by serfs and allowed some space for the human operators to pursue their lives as relatively autonomous entities. The serfs were not mere properties of the ruling classes. The corporation system or modern capitalism allowed the employment of human labor without the above horrendous shackles. Of course, there had always been ways of imposing restraints on ‘free labor’. Nonetheless, it proved better than the previous modes of productions. It even allowed the participation of labor in some kind of profit sharing scheme. To be sure, the proletariat-corporation nexus have not always been an amicable arrangement. Social existence in the 20th century has been a chaotic alignment and realignment between the above two main protagonists of the prevailing world order (Socialism vs. Capitalism). In the 20th century, the general mobility of capital, without much option for free labor movement, started to complicate matters in the globalized world economy, resulting in what is now called polarized and polarizing globalization. For the most part, polarization is the result of the following. In the current globalization, which is worshipped by capital and its human minions, labor is cut off from participating in the complete cycle of production processes. That is; capital, thanks to its corporal set up, became loose footed, as it can magically be in many places at the same time, while labor, which is naturally circumscribed to a given nation-state, remained stuck, rather indefinitely! Unlike the slave-master, serfs-feudal tie up, the proletariat-corporate nexus greatly helped capital skip the confinement of geography. It was set free to roam around the world, looking for better opportunities and always ready/able to abandon any domicile for better profit pasture elsewhere. It is this lopsided arrangement that is now facing the global sheeple’s (human mass) wrath! See the articles next column.
What is inherently disturbing with the current mode of accumulation that leverages the corporation-labor set up is; unlike the old systems, the corporation supported by its techno-sphere is without an iota of conscience, while its manipulative capacity has reached the stratosphere, so to speak. On the other hand, labor remains a biological organism, conscience of nature, social harmony, etc.! The big corporations, like Big Pharma, Big Ag, Big Oil, etc., are mainly interested in profit (capital accumulation) and are more than willing to undermine nature, including human lives! Just look at the Covid-19 theatrics being played out by phony/paid science, compliment of the corporation and its subservient politicos! Look how the corporate led-world ostracizes sane countries like Sweden, just because they are not willing to buy into this vicious scam of the deep state! At the same time, we believe it is instructive to examine nuanced developments of late capitalism outside corporate led societies. In fact and unlike the assumption of many, the People’s Republic of China is not a capitalist country, where ultimate decisions are made in the boardrooms. What obtains in China is a system where the benefits/methodologies, etc., of the capitalist system are utilized to create a human centered society that will ultimately be governed by human values, ambitions, etc., as well as ecological sustainability (in as much as possible)! We admit, this might not be clear or straightforward to many a sheeple, or might not even be possible going forward, given the adversity this new contraption faces from the traditional core of the system (OECD). Nonetheless, the fact still remains that the Communist Party of China, is the ultimate arbiter of economic policies/power, which can override all other institutions, including the corporations and their myriad tentacles.
“Slavery is the legal fiction that a person is property. Corporate personhood is the legal fiction that property is a person.”– Anonymous. Good Day!