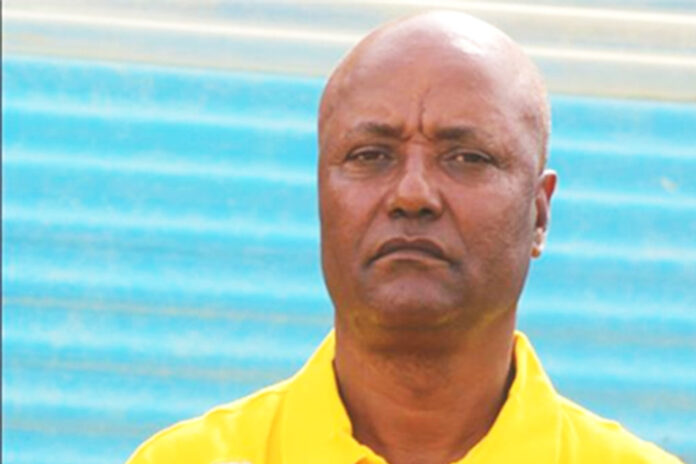 Ethiopian national team former Coach Ashenafi Bekele left Adama Kenema to join Hadiya Hossana the side that had been bottom of the league table when the season was suspended due to Covid19 pandemic. Ashenafi is said to reach Hossana with a long shopping list of players as the team needs an overhaul change to bring it back in to competitive level.
Following the arrival of one of the country’s most travelled coaches, the Southern Region side is expected to be the destination of a huge influx of new players including foreigners with years of experience in Ethiopian Football. Saving Wolayta-Dicha from relegation in his brief stay with the team in 2019, Ashenafi moved to Adama Kenema for his second spell until his contract came to an end at the end of June this year.
Although his brief second spell with Adama was not that impressive for the team was ninth in the table with 22 points, the former Banks, Mekelakeya, Sidama Bunna and Wolayta-Dicha Coach is said to amass a firsthand experience with struggling teams thus Hossana will benefit from that.
Ashenafi took over from notorious Tsegaye K/Mariam who served only a month in to his six months tenure before the season was suspended.