The Addis Ababa Chamber of Commerce and Sectoral Association (AACCSA) has tabled a five year policy input for the government to consider incorporating in its new development plan.
Mesenbet Shenkute, President of AACCSA, announced that the inclusive policy recommendation titled ‘Towards the Creation of a Robust Private Sector’ is prepared under the government’s strategy which is giving priority for the private sector development.
“The economic policy recommendation was done four months ago and was tabled to the Office of the Prime Minister and other relevant government offices in consideration for the private sector to get better attention under inclusive manner,” she said adding “ we hope all relevant bodies will use it, since it is considering coordinated economic policy.” 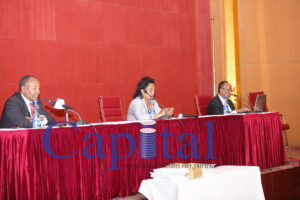 The problems and challenges on the private sector activities have been identified under the document, according to the president of AACCSA.
Getachew Regassa, Secretary of AACCSA, said that meanwhile the development of policy will be the accountability of the government, the chamber considered itself responsible to be an instrument to provide support.
“The major reason to develop this policy recommendation is that currently the country is under a transition period that needs support from non-governmental organs. Currently, the government is engaged on massive changes that the chamber needs to put its share in the upcoming strategy for the private sector, and the policy recommendation has also targeted to pressure the government for the benefit of the private sector,” Getachew said.
“Besides focusing on challenges that occur under operation and bureaucracy as we had done in the past, the policy recommendation at the initial stage will have better contribution to address challenges at the grass root level,” he added.
The policy recommendation has looked at the legal, policy and administration gaps and indicates directions and recommendations, according to the Secretary.
“Sustainable solution have got priority in our document, meanwhile we have similarities with structural problem that the government frequently stated as a major challenge for the country economic development,” he added.
The document gives priority to eight strategic matters that are pillars to get tangible changes in the poverty reduction, private sector development and economic growth for the country.
Shibeshi Bettemariam, Deputy Secretary for Advocacy and Innovation at AACCSA, adds that, the document comprised of 474 pages with two volumes will be an input for the government’s development plan.
The policy plan work was started in November 2018 and was finalized six months ago.
“Under this plan policy and institutional development recommendations that show the potential of the private sector economic development contribution for the nation are included,” Shibeshi said. 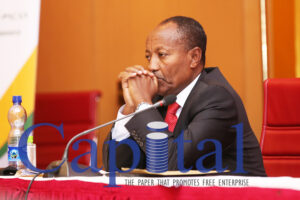 Access to finance, land, human capital, and technology; increasing trade that evaluates doing business, import and export; lowering public deficit and debt, digital economy and investment are the areas the policy plan covers.
“The document has 135 policies and institutional development recommendations under key performance indicators with 60 measurements,” he says, “for instance under the pillar of lowering public deficit and debt we raised the formation of legal framework on illicit financing and remittance, indicate recommendations on tax administration, and corporate governance.”
He said that some of the points mentioned on the chamber document have similarities with the government’s ten year prospective development plan that is currently under discussion and expected to be implemented in the coming decade with two- five year plans.