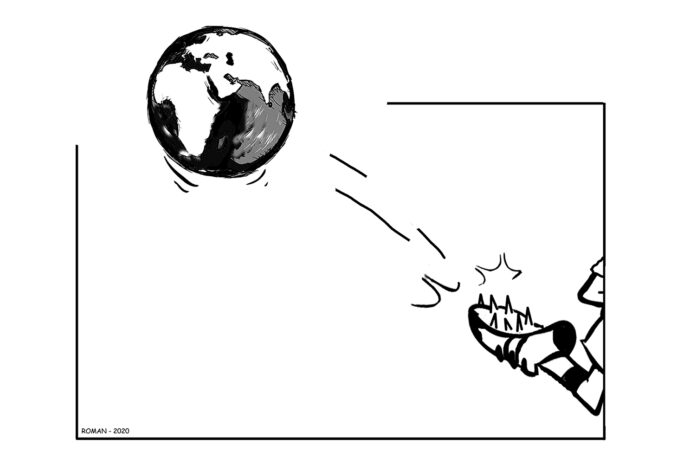 Fiat money is a money system where the physical currency in circulation along with other forms of money used in various transactions (bank money, etc.) is not backed by anything material, i.e., not real. In previous eras, money was invariably backed by something like gold, silver or other commodities (salt, silk, etc.) If truth be told, the only thing fiat currency has going for it is its backing from organized violence, in this case, the states. In all history, the regime of fiat currency has always been short lived and almost always ended up in inflationary collapse! But, since politicos occupying the apex of government make all major decisions of the state, expecting responsible behavior, particularly in regards to money and its management, was never a tenable proposal, to say the least. As a result and just like those previous interspersed eras of fiat currencies, our prevailing world system is now awash with massive amount of phony money that is threatening to trigger severe dislocation of the world order!
Many an informed reader knows that the current global money regime was set up in 1944, in Bretton Woods, New Hampshire, USA. One of the major agreements reached between the countries was that gold would anchor the world’s money system. This was to be done via the US dollar. Thirty-five US dollar was to be convertible to an ounce of gold. Since all other currencies were pegged to the USD, it followed, all currencies were backed by gold, albeit indirectly. That was the basis for the stability of global money in the post WWII era. In 1971, the US was financially bleeding on the account of its entanglement in South East Asia. Vietnam, Laos, Cambodia and others became war theatres for decades. Consequently, it became clear that the US was not able to meet its responsibility of delivering gold when presented with its dollars by others. The last straw that broke the Bretton Wood Agreement came from France. The then President of France, Charles de Gaulle brought plenty of dollars and demanded the shining metal. Mr. Nixon, the US president at the time, unilaterally declared that the gold window was closed and henceforth the US currency was to be a free-floating currency that will not be backed by anything, period! Thereafter and by extension all global currencies became fiat! This was a Godsend to many financially stranded countries, as they can now print money with abandon. The inflationary consequences were not immediately visible, until the late 1970s and 1980s. The rest, as they say, is history!
Inflation was a rare phenomenon in the long history of the world economy. It was deflation that was the most prevalent in the olden times and economic crisis were invariably triggered by deflation, not inflation! We admit; this can be quite difficult to take in, particularly to those who are born recently and are innocent of economic history. We believe a little sober reflection can reveal why the deflation animal dominated the past. When money is pegged to something tangible with intrinsic value, printing of currencies cannot be done at whim. This in turn tends to restrict speculative economic activities. Money becomes rare and precious. Let’s look at consequences of fiat money as it plays on existing economic reality. For instance, if real money was efficiently employed, rather than phony money, only 20% of the current global workforce is needed to deliver today’s global output! That is why the current shutdown due to the declared pandemic that formally reduced global GDP by about 50%, has not had as disastrous an effect as many expected! The global speculative mania, which came into existence after 1971, managed to flood the world with copious and unnecessary ‘white elephants’. The destruction of the natural world, especially the ecosystem, along with the pauperization of the global working stiff or the sheeple (human mass) in general, is the root cause of the ongoing & impending worldwide insurrections. See Hulsmann’s article next column. From the numerous ghost cities and 90 million vacant apartments of China, to the giant unicorn corporations of the west (Tesla, et al.), to the zombie companies of the wretched countries, bent on replacing pristine nature with concrete junk, will run into serious troubles when the world is forced to reset its financial architecture, hence its very economic creeds!
There are indications to suggest ascending powers of the world system might not settle for a new economic order, if it is going to be based, yet again, on fiat currencies. To this end, Russia, China, Iran, India, Venezuela, Iraq and many other countries have started to hoard precious metals, mostly gold, in anticipation of the new world order to come. Understandably, what this lopsided financial regime did to many resource rich countries in the past is laughably ludicrous. For a change, resource rich countries would like to see an exchange mechanism that can genuinely respect the non-renewable nature of their resources. Commodity (gold, silver, oil, etc.,) backed currency is what is proposed by the likes of Putin for the coming new global economic order. China is feverishly working on a gold backed crypto currency to mitigate the negative effects of the current reserve currency, namely the USD. Put together, the immediate future of the world system promises to be quite rocky! On its part, empire doesn’t seem to be in a hurry to address the situation; instead, it is concocting other problems to divert the global sheeple’s attention. Such an approach might not work this time around! See the articles on page 34.
“The gold standard alone makes the determination of money’s purchasing power independent of the ambitions and machinations of governments, of dictators, of political parties, and of pressure groups. The gold standard alone is what the nineteenth-century freedom-loving leaders (who championed representative government, civil liberties, and prosperity for all) called ‘sound money’.” Ludwig von Mises. Good Day!