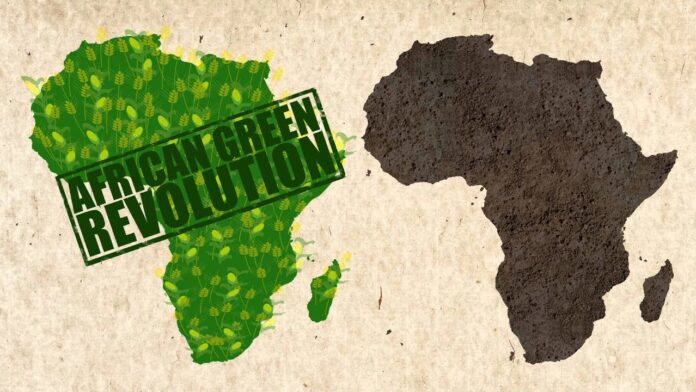 Fourteen years ago, the Bill and Melinda Gates and Rockefeller foundations launched the Alliance for a Green Revolution in Africa (AGRA) with the goal of bringing Africa its own Green Revolution in agricultural productivity. Armed with high-yield commercial seeds, fertilizers and pesticides, AGRA eventually set the goal to double productivity and incomes by 2020 for 30 million small-scale farming households while reducing food insecurity by half in 20 countries.
According to a new report from a broad-based civil society alliance, based partly on new background paper, AGRA is “failing on its own terms.”
The report states that there has been no productivity surge. “Many climate-resilient, nutritious crops have been displaced by the expansion in supported crops such as maize. Even where maize production has increased, incomes and food security have scarcely improved for AGRA’s supposed beneficiaries, small-scale farming households,” the report reads.
The number of undernourished in AGRA’s 13 focus countries has increased 30% during the organization’s well-funded Green Revolution campaign, including Ethiopia.
“The results of the study are devastating for AGRA and the prophets of the Green Revolution,” says Jan Urhahn, agricultural expert at the Rosa Luxemburg Stiftung, which funded the research and published on July 10, “False Promises: The Alliance for a Green Revolution in Africa (AGRA).”
Moreover the report further states that massive investments spent promoting and subsidizing commercial seeds and agrichemicals across Africa have failed to fulfill their purpose of alleviating hunger and lifting small-scale farmers out of poverty, according to the paper.
In pursuit of its vision, AGRA has collected nearly USD 1 billion in donations and disbursed USD 524 million, primarily in 13 African countries, on programs promoting the use of commercial seeds, chemical fertilizers and pesticides. This “Green Revolution” technology package is further supported by subsidies; Wise reports that African national governments have spent roughly USD 1 billion per year in the target countries subsidizing the purchase of seeds and agrichemicals.
Despite the public support, AGRA has provided no comprehensive evaluation or reporting on its impacts.
“We find little evidence of widespread progress on any of AGRA’s goals, which is striking given the high levels of government subsidies for technology adoption,” the researchers report. The paper documents slow productivity growth, no significant increases in food security or small-farmer incomes in the target countries, and worsening hunger.
“The evidence suggests that AGRA is failing on its own terms,” the paper concludes.
AGRA said it is “very disappointed” in the research. “Over the last 14 years, AGRA has achieved its successes, but has also learned a lot,” the group said in a statement. AGRA said the Tufts paper failed to meet “basic academic and professional standards of peer review and asking the subject to comment on the ‘findings,’” and accused of having “a history of writing unfounded allegations and uncorroborated reports about AGRA and its work.”