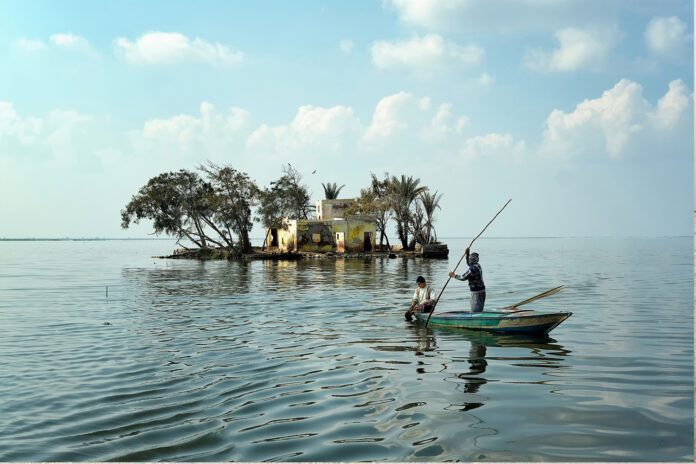 Wiki In Africa, the international organisers of the 6th Wiki Loves Africa photographic and media competition announced the international prize-winners of the 2020 competition.
The competition takes place annually and calls for submissions along themed lines.
Both amateur and professional photographers and filmmakers are called to share the world they see every day; life recorded and observed from within their own communities. Their contribution forms a collection of royalty-free images about Africa, a continent that is often the subject of an external gaze and many subsequent stereotypes.
Initially intended as a month-long intervention, Wiki Loves Africa 2020 took place as the COVID-19 crisis hit Africa. It launched on the 15th of February, and the deadline was extended from 15th March to 15th April to facilitate the significant life changes wrought as the COVID lockdowns impacted each country after another. 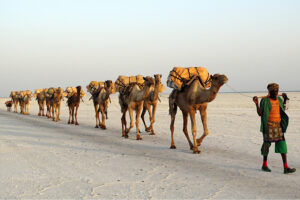 Over the eight weeks of the competition, 1904 people contributed just shy of 17,000 images, 2 sound and 202 video files that broadly capture the 2020 theme of Africa on the Move! across the continent.
An international jury of photographers from across Africa and Wikimedia specialists from around the world deliberated on the 16,982 images. The quality of images was a key criterion in the selection, as was the encyclopedic value of the image, and also that it was visually arresting and well framed. Of equal importance was the quest to ensure that the unexpected was featured. As a project, Wiki Loves Africa is focused on obliterating the ‘single story of Africa’ by visually displaying the myriad of experiences that make up daily life on the continent. In this case, the thousands of images represented Africa in all its dichotomy through the theme of transport, from donkeys and potholed roads to high-speed trains, cargo and ferry boats.
After an exhaustive jury process that lasted several intense weeks , they decided on the following winners:
1st prize goes to the image My Homeland (Lake Burullus, Egypt) by Mohamed Ahmed Yousry
Mohamed said how he came across this image “I heard a lot about the virgin islands scattered along Lake Burullus. One particular image of an island called Shakloba haunted me. It might be the stunning image I saw on Facebook or the strange name of the island. But either way, curiosity got the best out of me and my travel companions and we decided to explore the island. Shakhloba is one of over a dozen small, mostly uninhabited islands in Lake Burullus. The magnificent lake, the largest in Egypt’s Delta, is located in Kafr El-Sheikh governorate. Lake Burullus has a very rich landscape. It is nestled in the green fields of the Delta, bordering it from the south, with Nile’s Rosetta branch towards the east and the Mediterranean to the north.” 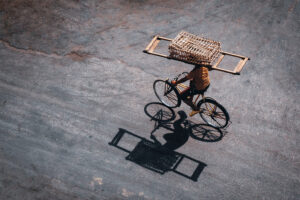 2nd Prize goes to Bread delivery bicycle by Abd Elhamid Fawzy Abd Elhamid Tahoun also taken in Egypt.
Abd said that his motivation to take this shot was “because the boy attracted me for his great effort during work at midday, then I noticed the light and shadow and decided to take the shot.”
3rd Prize goes to A Mess by Summer Kamal Eldeen Mohamed Farag.
Summer is a return winner for 2020. She won 2nd prize in the 2019 contest. She took the photo during lockdown “because I like to shoot from the top when there are suitable configurations”.
Every year the contest looks for an image that represents ancient traditions within a modern context, with this in mind the following image won the Traditional Culture Prize.
Traditional Culture Prize went to Salt transport by a camel train on Lake Assale (Karum) in Ethiopia by Olivier.
The final prize goes to the new video category. The video prize goes to Bouba Kam’s Le Transport Lagunaire à Abidjan (STL) réalisé par Bouba Kam’s that displays an unexpected element to transport in Africa by taking us on a ferry ride across Abidjan’s Ébrié Lagoon.
The winning video was chosen by the competition organisers for its quality imagery and the simple, contemporary way of sharing the journey on board Abidjan’s Lagoon Ferry.
The encouraging entries from across Africa, events were held by local Wikipedia volunteers to encourage people to contribute photographs, and share information on the specifics of Wikipedia licensing and how to upload their entries. 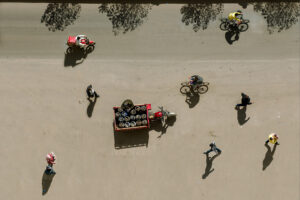