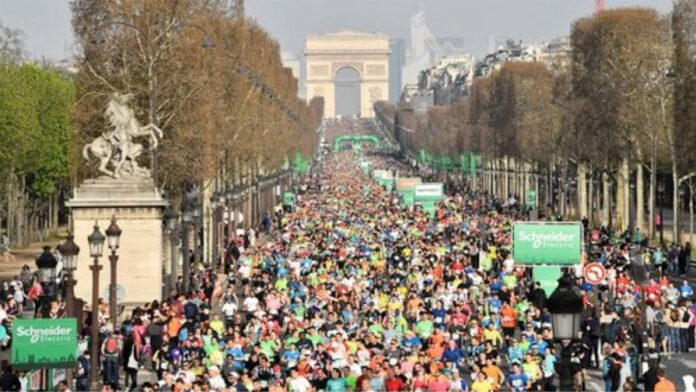 IAAF announced that the 2020 Paris and Frankfurt marathons are cancelled. The events that brings together 65,000 participants in to Paris was moved twice before the Federations final decision while organizers of Germans longest established Frankfurt Marathon that boasts 10,000 racers sent their greetings to see all in 2021.
“Faced with the difficulty that many runners, especially those coming from abroad, had in making themselves available for the 14th / 15th November, it was decided that it would be better and simpler for those concerned if we organized the Schneider Electric Marathon de Paris in 2021.”The race organizers have decided to cancel the Mainova Frankfurt Marathon 2020. The 39th edition of Germany’s oldest city marathon was to have taken place on 25 October. “We have not taken this step of cancellation lightly and have done our utmost to find solutions and alternatives,” says race director Jo Schindler. “Now we have to face the cold reality that cancellation is inevitable.
The Frankfurt event, held annually since 1981, is the second biggest in Germany behind the Berlin Marathon. 27000 runners took part in 2019 where Ethiopian Fikre Tefera won the men’s event while Kenyan Valary Aiyabei set a new course record to win the women’s event in 2:19.10. Kenya’s Wilson Kipsang holds the Frankfurt course record of 2:03.42.