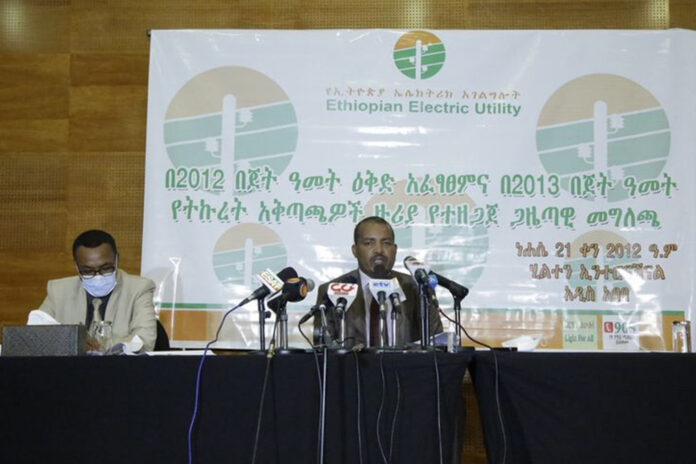 By Muluken Yewondwossen
Installing of power factor correctors that was delayed for almost a decade because of Metal and Engineering Corporation’s (MetEC) failure to deliver the product will be commenced in the current budget year. All big factories will also be obliged to install loading adjustment device.
The idea that force factories to install power factor correctors has been designed about a decade ago and in 2011 MetEC was assigned to produce the smart devices that will be installed at selected factories.
Shiferaw Telila, CEO of Ethiopian Electric Utility (EEU), told Capital that the device produced by MetEC, did not met the standard of EEU thus were rejected. “That was one of the major reasons for the delay and disagreement between the two public enterprises,” Shiferaw said.
“Since the reform leaders that controlled the management at MetEC approached EEU to correct the faulty devices and come up with a product that meets the required standards,” the CEO further said.
“Since we agreed to work together they have produced 10 sample devices that were tested at factories. The devices passed the test,” he added.
He said that now the corporation is producing the approved smart devices, which automatically adjust the power load and supply sustainable energy.
“In this budget year all factories will be fully installed with the power factor correctors,” Shiferaw said.
Factories are responsible to cover the cost for the installation of the power factor, which help to manage energy loss.
In the future other small industries will install the devices to fulfill energy efficiency, according to the CEO.
Installing these devices guarantees efficient use of power and it is expected to adjust the difference between real power and apparent power in the use of electricity.
More than 2,000 factories are expected to be covered on the scheme in this budget year.
EEU is responsible to work on the network line of less than 132 KV, which is mainly a service for the general public, while Ethiopian Electric Power (EEP) manages the lines above 132kv, and generation alongside distribution besides managing the huge projects.
Ethiopia is one of the countries who have less access to power. EEU has 3.3 million customers and in the current budget year it has targeted to add one million new customers.
Totally 44 percent of the population is included on the access rate and of that 33 percent of the population access power from the national grid and 11 percent from off grid.
In related development, in the last budget year EEU has secured over 11 billion birr and met 80 percent of its target. In the 2019/20 budget year it has targeted to amass 13.75 billion birr.
It has paid 6 billion birr for EEP, who is in charge of supplying power for EEU.
In the year the utility projected to collect 11.3 billion birr from transmission line installation and connection service, while the actual achievement was only 34 percent and stood at 3.9 billion birr.
Lack of required equipment supply and foreign currency shortage is stated as the reason for the low performance.
The foreign currency issue is not only the problem for us but to mitigate the problem some of the equipments like conductors and transformers and different accessories are supplied by local producers to bypass problems on operational works.
“We are substituting supplying accessories that were imported from foreign markets. For instance the supply of utility wood pole, which was imported, has been replaced by locally produced concrete towers,” the CEO told Capital.
He added that there are three conductor factories that operate in Ethiopia besides the ten transformer and cable manufacturers. “The local contractor’s capacity has now been expanded and covers 80 percent of the total project. The balance 20 percent is awarded for foreign contractors,” he explained.
In the current budget year EEU has targeted to earn 16.5 billion birr from energy sales, 8 billion birr from different sources and 1.1 billion birr from service charge.