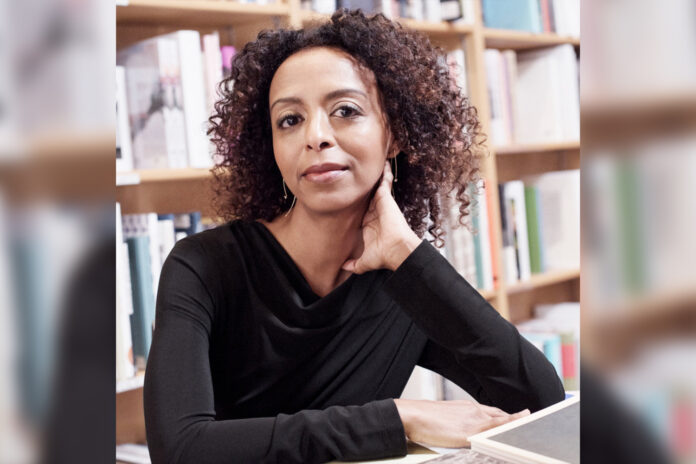 Days are gone to blame bunches of Ethiopian Literature as for not being exposed to the outside world. Once, the organizers and publishers of CAALLALLOU led by Elizabeth Weldegiorgis and Dagmawi Woubshent also constantly laments the local literature are not yet visible for the non-Amharic international audience. Against this backdrop, they engage in translating and writing commentary on local novels into English and French.
Interestingly, The HOHE Awards also bought a similar cause of Callaloo journal and sparked a webinar called ‘HOHE Chapter’. Obviously, from the nomenclature itself, one can make automatically sense as the proposed event is all about reading. Precisely, chapters of a book connote components of a book in which a reader will face it when someone leap the first pages of any book. On Sept 6, 2020 HOHE Chapter held successful converstion via webinar showcasing Maaza Mengiste through the moderation of Hallelujah Lulie (the outgone director, Institute of Strategic Affairs). Amid the interview, surprisingly, Maaza disclosed in the 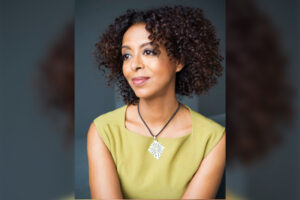 interview that the late Ethiopian Author Dagachew Worku’s novel dubbed as “the thirteenth sun” was her first encounter with Ethiopian literature for which she was inspired in her literary engagement. One can appreciate the coincidence of her historic interview on ‘HOHE Chapter’ was live casted on the first day of the thirteenth month. It has to be remembered that the thirteenth month is unique to the Ethiopian calendar, by virtue of the legacy of her millennial old civilizations. Though, it was not cherished its value among the fellow Ethiopian, undoubtedly Dagnachew’s book is proved to put Ethiopia literature in the Africa literary scene. A scholar called J.Rojer Kurtze, depicted ‘Daniachew Worku’s The Thirteenth Sun’ as a pilgrimage narrative with a father-son conflict at its core, offering a complex and loosely allegorical portrayal of a clashed Ethiopian society at the edge of Haile Selassie’s reign.
Also, Teklu Minas in his Master thesis entitled ‘Dagnachew Worku’s Writings: Three Plays and Two Writings’ , characterized the authors sensitivity for great questions of his society in an age of dynamically changing society. In a similar resonance, Maaza’s work is also a continuity of and now she is elevating it to the world stage. More often than not, author such as Maaza, who came from multi-lingual society like Ethiopia, have the advantage of reflecting their bi-lingual experiences.
To our surprise, Maaza is known much better in the English reader than her original home ‘Ethiopian brothers and Sisters’. Beyond her series of novella appeared on various international newspapers, including Newyork Times. From her literary works, ‘Beneath the Lion’s Gaze’, her unveiling, was selected by the Guardian as one of the 10 best contemporary African books. perhaps, The Shadow King (2019) wrote a different departure both for the career of this professor. One can guess how much it is so vital for a woman author with African origin.
Coming back to ‘The Shadow king’, is wrote within the context of Mussolini’s 1935 invasion of Ethiopia, unusually from the tradition of African history, the novel shined a light on the women soldiers. Also the book demonstrated the rare agency of women at warfare against the prejudice of femininity doesn’t fit for warfare. Throughout the story, the protagonists Hirut in the “Shadow King’ proved women can ever play irreplaceable role in the customary national and patriotic warfare. The story is precursory of the gender role of women goes beyond locating them in kitchen houses and babysitting. Rather, Ethiopian history conveys that women didn’t lack neither the courage nor the nationalist fervor needful to made them the front liner of warfare. 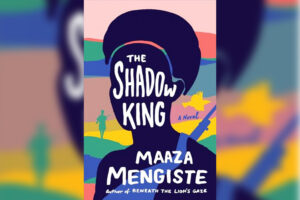 Her achievement also went to the extent of being awarded to the prestigious American Academy of Arts and Letters award, the Premio il ponte, and fellowships from the Fulbright Scholar Program, the National Endowment for the Arts, Creative Capital, and Literatur Haus Zurich. Undoubtedly, she will keep to be an enigmatic aura for the emerging authors and motivating factor for the established novelists.
Nevertheless, against the aforementioned story, one has to uncover the moral of the story which subjects us to put the query of “what is the local version of prestige allotted for Maaza from her country of origin?”. It is a moment to celebrate the local achievement more than ever before. Undoubtedly, Maaza reincarnated the mantra of Dagnachew to unveil local folks in her recently published ‘The Shadow King’.