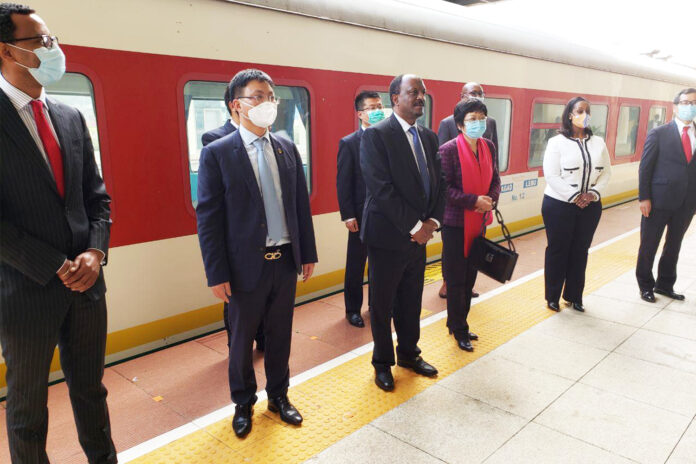 The Ethio Djibouti Railway SC (EDR) is planning to connect the Awash Petroleum Depot with the main line this year to use its idle 110 tankers.

Despite the modern electric railway line commenced in the first day of January 2018 it is not yet engaged on the transportation of petroleum because the line is not connected to any depots in the country.

Awash petroleum depot is a hub for the national fuel import, while it is close for the Ethio- Djibouti railway line but it is using trucks to store the product imported from Djibouti.

Tilahun Sarka, Director General of EDR, told Capital that the government planned to connect the depot but it was delayed due to lack of finance. 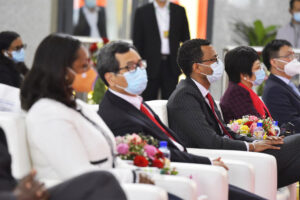 In the past budget year the government via Ethiopian Railway Corporation floated a bid for a contractor but that was suspended due to lack of adequate resource to cover the cost, according to the Director General.

He said that it supposed to be connected with the line but the cost is not small, which is one of the factors for the delay.

“We are working to accomplish the project in nine months to one year time,” he added. He estimated that the project may cost from USD 50 to USD 60 million to construct the 1.5 kilometer line.

Currently the two ports in Djibouti that serve the multipurpose and containerized cargo have already connected with the main railway line, while Horizon Djibouti Terminal, the fuel port in Djibouti and which is about 2km from the main line is not connected but should be connected to commence the operation.

“They (Djibouti) told us that they may carry out the project if Ethiopia starts its part,” Tilahun added.

EDR has already bought 110 tankers and stored them, while a single fuel tanker can carry the amount of three fuel trucks. For the single tanker the company paid USD 100,000 but the tankers are idle for years.

Experts expressed that it is unfair not using the tankers for this much period.

These 110 oil tankers shall be managed by three rails or wagons, according to the head of the joint company of Ethiopia and Djibouti.

“If we operate the rail tankers we shall cover more than 30 percent of the oil transport to the central part of the country,” he added.

At the same time the daily fleet to Djibouti would be increased by three if the oil cargo transport was commenced.

Ahmed Shide Minister of Finance and Board Chair of EDR told Capital that the government is lokking for finance for the construction of the railway. “We will try and get finance for the project from foreign sources but if that is not possible we will finance it from the government’s budget,” he said. 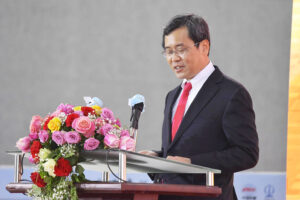 Ethiopia has a 75 percent share on EDR that is 752km of which 100km is inside Djibouti.

On Thursday September 17, EDR has celebrated its 1,000 day of operation with the presence of government officials and Ambassador Tan Jian, Chinese Ambassador to Ethiopia, who described by Tilahun as the major ally for the company and project, while he accomplished his mission in Ethiopia.

The railway system is providing considerable service for transporting of fertilizer and wheat on it two pairs of freight of trains daily fleet from Djibouti to Mojo with the capacity of 17,000 metric ton a day.

According to Guo Chongfeng, assistant for CCECC, General Manager and representative for CCECC-CREC Joint Venture Project office, EDR have operated 588 freight trains and transported 38 thousand containers, and delivered 730 thousand tones of goods in the first half of this year.