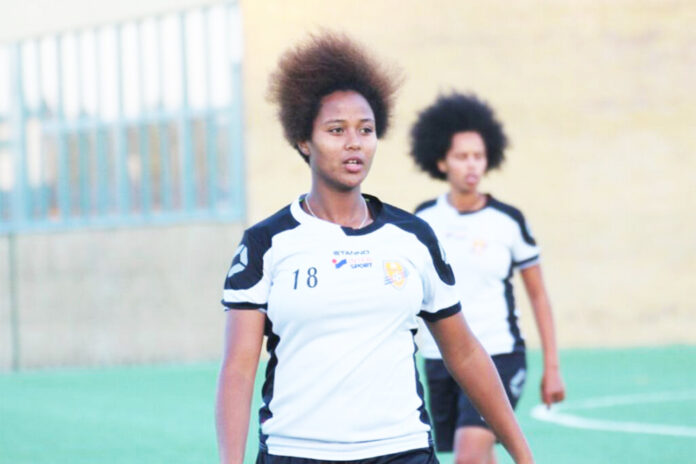 All time Ethiopian Women football greatest player Loza Aberra won Malta’s most prestigious Women Player of The Year award on Wednesday.
Arguably the most decorated Ethiopian Women player who boasts four local women’s league championship title, three time top scorer of a year and once Best Player of the Year award winner Loza Aberra crowned Women Best Player of 2020 in her very first season in Maltese League.
The first Ethiopian women footballer to sign a professional foreign deal, the 22 year-old striker turned an overnight Maltese Football starlet leading the Maltese giant Birkirkara to Women’s League championship scoring 30 goals in just fourteen matches. An average of 2.11 goals in every match she even once performed a miracle bagging seven goals in her team’s 17-0 demolition of Hibernians to record their biggest victory ever in the Malese Women’s League.
It was a rapid rise from Women’s League football to international arena for the young dreamer from South of Ethiopia Durame town. Two seasons with her first team Hawasa Ketema followed by a giant leap to strong side Dedebit where she won three championship titles in four seasons, Losa travelled to Turkey then to Sweden for trial matches before returning home to help Adama Ketema lift the championship title for the first time.
Six and a half seasons and more than 200 goals in her name at club level and another 25 goals to the national team “Lucy”, Loza reached Malta to perform a miracle at Birkirkara.
“A move to England would be a dream come true. I recently started to follow the Women’s Super League closely. I am shaping myself to the standard of the league and I believe I can perform well there” Loza who idolized five times world Women Player of the Year Brazilian Marta told reporters.