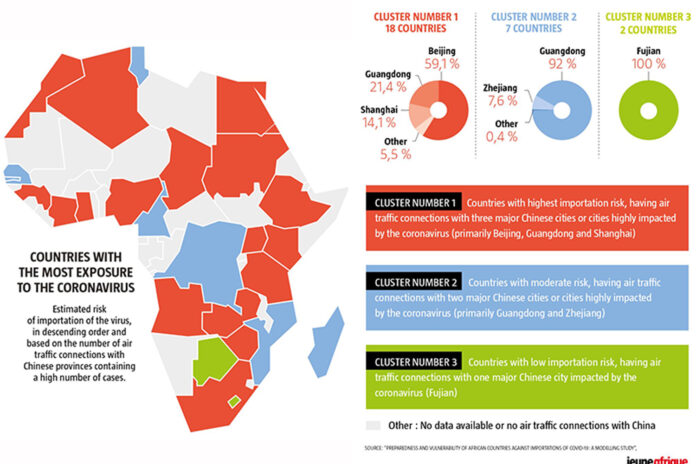 COVID-19 transmission in Africa has been marked by relatively fewer infections, which have been on the decline over the past two months, owing to a variety of socio-ecological factors as well as early and strong public health measures taken by governments across the region, according to World Health Organization (WHO).
The pandemic has largely been in a younger age group and has been more pronounced in a few countries, suggesting country-specific aspects are driving the pattern of disease and death. About 91% of COVID-19 infection in sub-Saharan Africa are among people below 60 years, and over 80% of cases are asymptomatic.
A mix of socio-ecological factors such as low population density and mobility, hot and humid climate, lower age group, interacting to accentuate their individual effects, are likely contributing to the pattern seen in Africa.
Since 20 July, the region has seen a steady decline in new COVID-19 cases. Over the past four weeks, 77 147 new cases were reported, down from 131 647 recorded in the previous four weeks.
Some of the most-affected countries including Algeria, Cameroon, Cote d’Ivoire, Ethiopia, Ghana, Kenya, Madagascar, Nigeria, Senegal and South Africa have all seen infections drop every week over the past two months. Deaths attributed to COVID-19 have also remained low in the region.
“The downward trend that we have seen in Africa over the past two months is undoubtedly a positive development and speaks to the robust and decisive public health measures taken by governments across the region,” said Dr Matshidiso Moeti, WHO Regional Director for Africa. “But we must not become complacent. Other regions of the world have experienced similar trends only to find that as social and public health measures are relaxed, cases start ramping up again.”
While governments have made efforts to improve COVID-19 testing, with recent testing rising from a cumulative 74 tests per 10 000 people in 44 assessed countries on 23 August 2020 to 93 per 10 000 people on 21 September 2020, the level is still low.
Nonetheless, the region’s statistics on testing have been useful for policy as they reflect the patterns of infection within a country, and the missed COVID-19 cases are largely because they are asymptomatic. In addition, there is no evidence of miscalculation of death figures, which are more difficult to miss statistically.
“Africa has not witnessed an exponential spread of COVID-19 as many initially feared,” said Dr Moeti. “But the slower spread of infection in the region means we expect the pandemic to continue to smoulder for some time, with occasional flare-ups.”
In recent weeks, Cameroon and Cote d’Ivoire which are among the countries that have recorded a decline in infections since mid-July, have seen a slight increase in cases. It is crucial that countries maintain public health measures that have helped curb the spread of COVID-19 to limit further infections and deaths.
“The response in African countries needs to be tailored to each country’s situation moving forward as we see different patterns of infection even within a country. Targeted and localized responses that are informed by what works best in a given region of a country will be most crucial as countries ease restrictions and open up their economies. Blanket approaches to the region or countries are not feasible,” Dr Moeti said.
WHO continues to support countries to scale up public health response, particularly in high-risk locations.