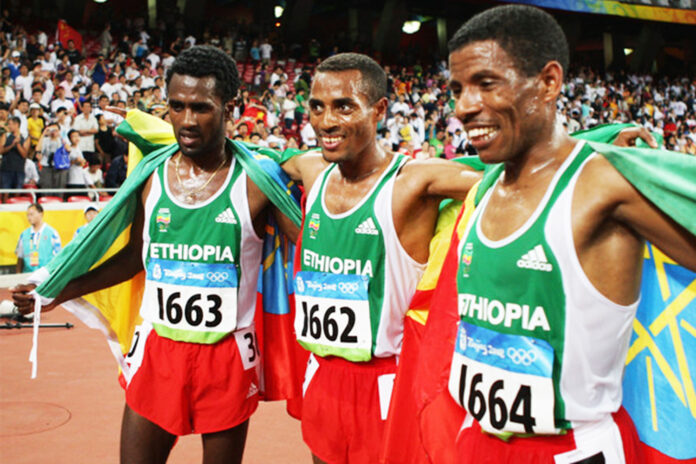 In less than a month, three different athletic world records which were previously held by Ethiopian athletes have been broken.
It all started in Monaco, France, during the diamond league meeting on August 14 when Uganda’s Joshua Cheptegei smashed Ethiopian legend Kenenisa Bekele’s 500m world record that stood for 16 years.
It was a sensational run by the 23-year-old Ugandan who has been making all the headlines on the track in the recent past. Cheptegei registered a new world record by clocking 12:35:36 which is two seconds clear from the 16 years old Bekele’s record of 12:35:36.
Farah destroyed yet another record previously held by Ethiopian athletic legend Geberselasie by running 21:330km in an hour, breaking the previous 21.285km which the Ethiopian registered More than a decade ago. The 37-year-old Somalia born British athlete completed over 53 laps at an average pace of 67 seconds per lap.
If that was not enough, another Ethiopian athlete record was successfully hunted down on the same night in Brussels when Holland’s Sifan Hassan smashed the women’s one-hour run record by covering a total of 18 kilometers and 930 meters in an hour.
The previous world record for the one-hour run was held by Ethiopia’s Dire Tune who covered 18.517m which stood for 12 years. This result should raise eyebrows not only in Ethiopia but across the East African region signaling that things are not the same any more. The athletics long distance podium is no longer the sole preserve of athletes from the two East African athletics powerhouse nations of Kenya and Ethiopia.