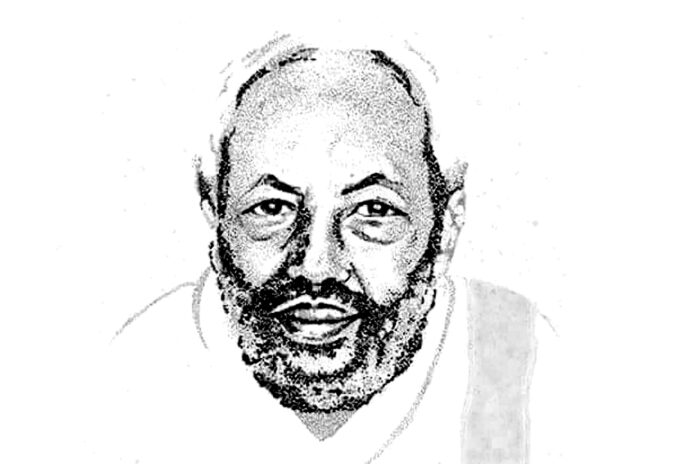 By Eyob Asfaw
Recalling I forwarded brief commentary on Tsegaye Gebremedhin as a follow up to last week’s ‘HOHE Chapter’s webinar held on 13 Sept 2020. Today I narrate and discuss the Webinar on Tsegaye Gebremedhin continued also on 20 Sept 2020 with interesting construct on the discourses of Authorship. On this episode, the moderator-Wondwossen Adane, provocatively made an inquiry to the discussants- Michael Shiferaw and Desalegn Seyoum about the validity of interpreting Tsegaye’s work through intermeshing his background.
Desalegn on his counterpart contends that Tsegaye draws his background from those two nations, i.e Oromo and Amhara. According to him, not only Tsegaye’s rigor of authorship but also the works Karl Marx, Simone De bouvoire and Frederich Nitche can’t be understood without gazing at their respective biography. In the instance of the French author-Simone De Bouvoire (lived1908 – 1986), her life experiences undoubtedly charts her literary work and existential feminism. By and large, throughout the discussion on Tsegaye’s works, the discussant conceded that the works of Tsegaye is deeply embedded in his identity. Indirectly, his identity heritage subjects to analyze his works through the prisms of biography other than contextual interpretation. In his works, he tried to uncover the potential and cultural repository of the Oromo culture perhaps in Amharic poetry. Arguably, Tsegaye’s works convinces us an author can be transcendent on ethnic loyalty.
In general, Authorship, as a follow up to Michel Foucault’s ‘What is an author?’, published in 1971, is a constant issue of dialogue and debate among philosophers and literary artists. In pursuant to Foucault essay, a scholar called Chartier– engaged critical dialogue with Foucault – which proposed that the major development in the history of authorship during the Enlightenment was that the writer’s name, image, and often personality became publicly recognizable. Foucault draws attention to ‘the author’ appearing for the first time in the late seventeenth century on title pages, front spaces, and introductory biographies in, especially, editions of collected works. For Foucault, the ‘author’ is a construct’ whose works worth examining how the author became individualized in a culture like ours. What status the author has been given, at what moment studies of authenticity and attribution began, , at what point we began to recount the lives of authors rather than of heroes. The fundamental of ‘Author construction’ will commence the discourse of the criticism ‘the man and his work’. As a result Authorship cannot be having prior explanation without fair understanding to Author’s background.
Coming back to the discussion on Tsegaye, a participant called an author “Meseret Abeje” clearly objects biographical critics downsize ‘Inter-Textual Reading’. Instead, Meseret argued that Tsegaye’s works more portrays the intermarriage and integration of Amhara and Oromo societies other than contradiction among the two neighboring societies. For Meseret, it is not uncommon to forget as to where the authors comes from originally but for our surprise they wrote from shared cultural perspective as they proved how they create their character in their authorship. On the other hand, Michael contend that, without overlooking the authors identity, yet Tsegaye duality was proved to be resilient for the possible eventual contradiction. When Tsegaye laments about Awash in his epic poem he deliberately characterized inquiry subjected Dada and Tulema through his personified dialogue to the low land river called ‘Awash’. In his commentary, Michael demands to attribute as the Tsegaye counts his descent from those two clans. The author and journalist- ‘Abera Lemma’ as a participant shared his observation about Tsegaye confronts several rounds of Censorship bottlenecks during the Dergue regime. From his memory, according to Abera, Tsegaye challenged the then ministry of Information and his play called ‘Gamo’. To his dismay, the play was banned after a one time stage show. Also, Abera shared from his personal encounter that, in his last days Tsegaye engaged fully in series of principled controversies among other fellow literary artists including with so many heavyweight artists.
In conclusion, Authors are emancipatory in their works and Tsegaye transcended through passing the litmus test of personal heritage. Tsegaye left a lesson for contemporary authors to reconcile divisive ethnic loyalty, be able to pay the price for their own principle and ought to portray cross-cultural characters in their quest for authorship.