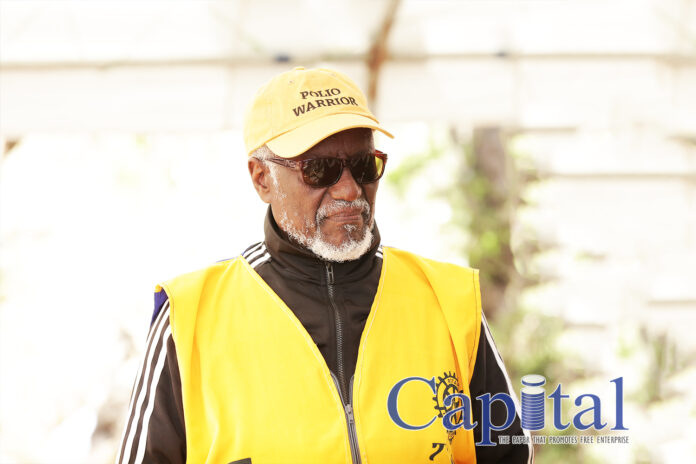 Mohammed Mussa Idris
1935-2020
Rotarian Mohammed Mussa Idris was a great man known to many as a beloved father and brother, a kind soul with a big heart and an endearing smile.
A benefactor to many, especially to the children of Daleti town, Oromia region for whose education he fought tooth and nail every day.
A communication expert, he has worked most of his life in the media both as practitioner as well as teacher.
For Rotarians he is a father figure who will always be remembered as the man behind the fight against Polio.
Rtn. Mohamed has truly labored for the gains achieved against polio in Ethiopia. He worked tirelessly since the start of the Global Polio Eradication Initiative (GPEI) first with WHO for over 10 years and then with Rotary International, through the National Polio Plus Committee Ethiopia, liaising with the Federal Ministry of Health and all the partners and allies involved, including WHO, UNICEF, B&MGF, CDC, USAID and Core Group. 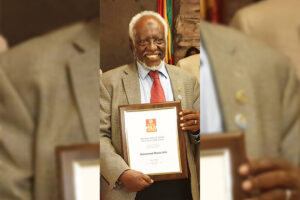 His deep understanding of the closely knitted Ethiopian culture and tradition has allowed him to seamlessly cruise between the various religious groups to communicate through their large organized structures and advocate the importance of children immunization to the people.
He played an instrumental and integral part in the signing of the protocol agreement in 1998 among neighboring countries which permitted health workers’ free cross border movement and access to vaccinate children.
Gash Mohammed as he is fondly called is remembered for his tenacious, original and innovative lobbying skills to raise awareness among politicians, religious leaders and even Rotarians about polio eradication.
Not only did he work tirelessly on social mobilization and advocacy activities, but he never shied away from the leg work. For over two decades he has taken part in social mobilization and vaccination campaigns in the remotest parts of Ethiopia where polio was looming.
His wish always, was to see the end of polio from the world and was ecstatic when Africa was announced Wild Polio Free on August 25th this year. But he did not spare a moment basking in the glory, and went on with his work to completely rid the earth from this debilitating disease.
Among other recognitions, he has been awarded the Regional Service Award for a Polio Free World from the Rotary Foundation Trustees’ Chair in 2019 in appreciation of his significant active personal service towards the goal of polio eradication.
Gash Mohammed will always be remembered and recognized for his manifold achievements but also for the value he brought to the fight against polio, which was always highlighted and transmitted in all his actions and personal commitments, to always advocate and serve in all his capacity all those directly involved in this historic effort as he called it. 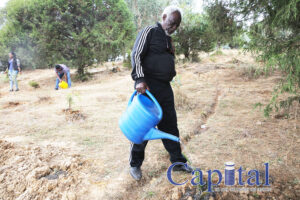 Gash Mohammed’s services and eminent merits in the course of his life will always be remembered within our community and beyond. His is translated by his active, energetic and generous participation without considering his time, his talents or his money to help improve the lives of those less fortunate.
May Your Soul Rest in Peace and Power Gash Mohammed!
May Almighty Allah Dwell You in Jannatul Firdaus!
“He who has gone, so we but cherish his memory, abides with us, more potent, nay, more present than the living man.” Antoine de Saint-Exupery Sunset, September 30, 2020.