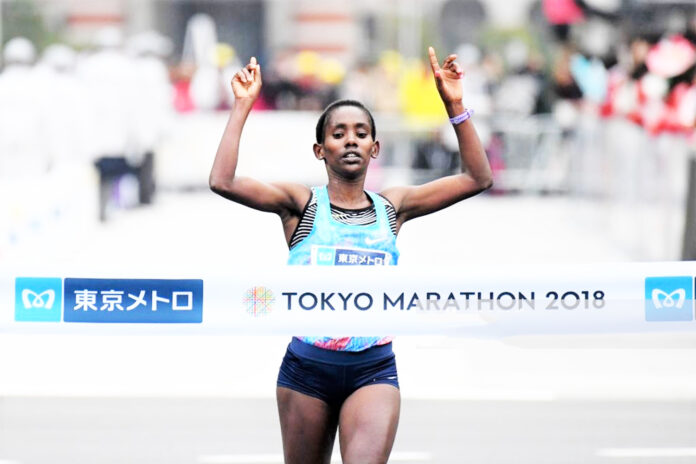 A line-up of great athletes will be among the 250 participants, while the half marathon will feature 50 runners and the best debutantes at the distance

The Valencia Marathon Trinidad Alfonso EDP is organising an Elite Edition marathon and half marathon to be held on 6 December 2020 and it can now confirm the names of the first male and female athletes who will seek to achieve the most ambitious sporting goal possible by trying to set new race records.
In the case of the marathon, the goal will be to beat the current times set in Valencia and get as close as possible to the current men’s and women’s world records. The Ethiopians Birhanu Legese (2h02:48, third best time in marathon history) and Kinde Atanaw 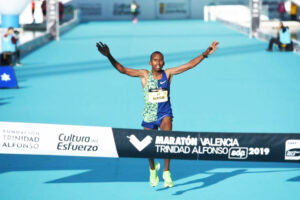 (2h:03:51), winner last year and current record holder for the Valencian course, are two of the athletes who will try to achieve this feat. In addition, the winner of the Boston and Chicago marathons, Lawrence Cherono (2h04:06), the European record holder Kaan Kigen Özbilen (2h04:16) and the World Champion Lelisa Desisa (2h04:45), will be among the Platinum and Gold athletes who will meet in Valencia Ciudad del Running on 6 December. The athletes will also include several world champions at the distance and winners of different majors in recent years, as well as other debutantes at 42,195 m with a great desire to achieve a good time, such as Jemal Yimer.
In terms of women athletes, after a 2019 in which four athletes finished in under 2h19 at the last marathon in Valencia, the list of female starters will include the Ethiopians Azmera Abreha (2h18:33), Ruti Aga (2h18:34), Birhane Dibaba (2h18:35), Zeineba Yimer (2h19:28), Tigist Girma (2h19:52) and Mare Dibaba (2h19:52), all with times under 2 hours 20 minutes. The American Jordan Hasay (2h20:57) and the debutante Fancy Chemutai are other big names, in addition to Joyciline Jepkosgei (2h22:38), who won in New York in her premiere at 42.195 kilometres, and she already knows what it is to win in Valencia, where she achieved the world record in a half marathon in 2017. Joan Chelimo (1h05:04 – Half Marathon) and Peres Jepchichir (current half marathon – only women – world record) will also be in the front line.
Assault on the half marathon with two top level debutantes 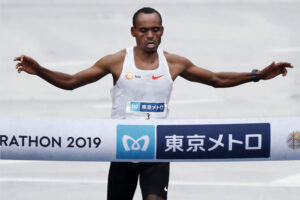 And the strong field in the Valencia Half Marathon Elite Edition, which will also be held on 6 December but without overlapping on the course with the marathon, will include a team of athletes who will seek, in the fast streets of Valencia Ciudad del Running, to approach the world record for both men (58:01) and women (1h04:21).
The Kenyan Rhonex Kipruto, who achieved the world record at 10K (26:24) in the Ibercaja Valencia 10K, is the big favourite to fight for a world-beating time at 21,097.5 metres, along with another runner who has not yet premiered in the half marathon, the Ugandan Jacob Kiplimo (26:41 at 10K). And up to ten more runners with times below 60 minutes augur well for a very fast race. Stephen Kiprop (58:42), Bedan Karoki (58:42), Bernard Ngeno (59:07), Alexander Mutiso (59:09), Julien Wanders (59:13 and European record), Philemon Kiplimo (59:28), Geoffrey Koech (59:36), Gabriel Geay (59:42), Alfred Barkach (59:46) and Kelvin Kiptum (59:53) will be running to beat their best times.
And in the women’s race, distance debutante Ethiopian Letensenbet Gidey, with the world’s best time over 15K (44:20) along with Kenyan Sheila Chepkirui, winner of the 10K in Valencia and Prague, will fight for the best women’s time in history alongside the experience of 2019 winner Senbere Teferi (1h05:32). 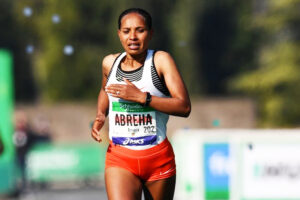 For Marc Roig, International Elite Coach for the Valencia Marathon and Half Marathon “we have worked hard in recent months to put together two lists that include the highest-level elite athletes, to break our own records and get as close as possible to the world records for the two distances. Along with these names, there are others to be confirmed that will, without a doubt, make Valencia the biggest race of 2020”.