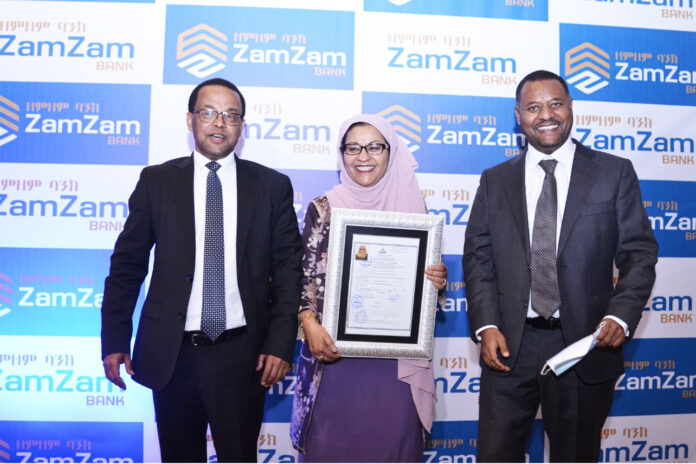 The highly anticipated interest free banking (IFB) business has officially come to effect on Monday 12th of October 2020. This finally became official when ZamZam Bank received its license from the National Bank of Ethiopia (NBE) in a ceremony held on the stated date, in the presence of Yinager Dessie, Governor of NBE. 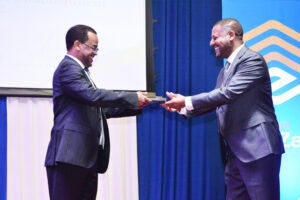 On the same day, the bank officially introduced its first president, Melika Bedri. Melika, who was the vice president of Commercial Bank of Ethiopia, is exceptionally known for her work in the finance industry that spans three decades. Currently, she is now the only female president in the banking industry scene.
The bank was formed with over 1.7 billion birr of subscribed capital with 11,200 shareholders to its name. The bank is set to give attention to technology based businesses and is projected to start operations in the near future. The first president, Melika Bedri, has informed capital that more details about the bank’s operation will be disclosed soon in due time.