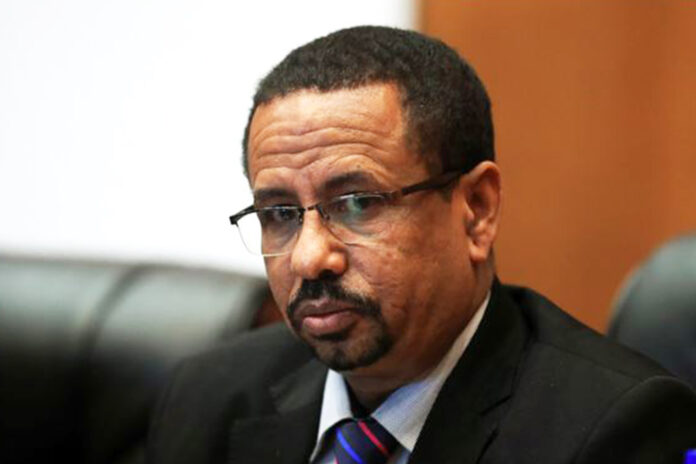 The new interim administration of Tigray Regional state has said it will work aggressively on public relation and communication in the region to separate the people from the TPLF since the people of Tigray have been very close and highly attached to the TPLF.
“The Tigray people have been hostage of the TPLF for many years. One of the important work the interim administration will be involved in is the rehabilitation work on cooperating with the federal government to ensure justice and good governance widens the political space in the region by involving all political parties,” says Mulu Nega, CEO of the interim administration.
One of the mandates of the interim government is reorganizing the government structure of the region.
The Interim Administration said it has finalized its charter to re-establish new Regional and Zone cabinet structures. However, as the CEO explained Woreda councils and Kebele administration will continue.
In his media briefing on Thursday, CEO of the Interim Administration of Tigray Regional State, Mulu Nega said provisional administration will be instituted in the areas liberated from the TPLF.
It is to be recalled the House of Federation has endorsed to establish an interim administration in Tigray Regional State following the defiant TPLF junta vicious attack on the Northern Command of Ethiopian National Defense Force (ENDF). The Interim Administration will also establish an administration with the participation of independent and neutral scholars and political parties operating in Tigray. “The political space in the region has been very narrow. So we will open up this and invite all political parties, groups and individuals to operate by respecting the rule of law,” he said.
Also as the CEO noted TPLF will not be allowed to participate in the new administration. Since high officials and executive bodies are engaged in the crime and the so called illegal election. Moreover, in collaboration with other relevant government bodies it will take steps to address the situation that threatens the constitutional order in Tigray Regional State.
“The establishment of the interim administration aims to ensuring the benefits of the People of Tigray and sustain lasting peace by restructuring the preceding administration system,” the CEO said.
In this regard as Mulu noted the new administration will establish a task force to investigate the case of individuals in custody in the Tigray region.
The Tigriyan people have been suffering from lack of justice and good governance, Mulu noted, adding that the interim administration will work to create an enabling situation whereby these problems could be tackled.
The CEO added that the interim administration will discharge its responsibility in facilitating credible and participatory elections to be held in Tigray Regional State.
“Making smooth transition and conducting free and legal election are the main targets of the Interim Administration of Tigray Regional State,” said Mulu adding that the people of Tigray have been coerced into unfair and illegal elections by the Tigray People’s Liberation Front (TPLF) for years.
According to him, the immediate action will be resuming social services not properly functioning at the moment, including education, health and so forth, in collaboration with the federal government, sector ministries and other stakeholders.
Regarding the relation with Eritrea, Mulu said, “We will try to restore peace and stability with neighboring regions and Eritrea. There is some mistrust. So our task is to restore peace and stability within Tigray as well as with neighboring regions and the Eritrean government.”
Ethiopia has said its forces are bearing down on the capital of Tigray region, in a two-week-old war that has killed hundreds and forced 30,000 refugees to flee into neighboring Sudan.
“Our defense forces are moving forward and closing in on Mekelle,” government spokesman Redwan Hussein told reporters. “There are a number of towns that have fallen,” he added.
Moreover, various international organizations are evacuating their staff from Mekelle and Tigray. As Redwan informs the Capital newspaper, countries, including the United Nations, were evacuating their citizens and staffs from the Tigray region, Hundreds of foreign aid workers have left Tigray through boarders of Afar.
He said the regional government is protecting them from Mekelle to the border of Afar State through their satellite communications. At the same time, all organizations must provide a list of people to be evicted and ensure that they are not wanted for crime. In the meantime, he said, the government is seeking better conditions for humanitarian assistance to the United Nations to alleviate the living conditions in the Tigray region.
As Redwan said the government has organized two groups of fact finding missions to assess the situation on the ground on both the western and east southern parts of the region to find which way is easy to supply humanitarian assistance and there is a plan to bring back the migrants from neighboring countries.