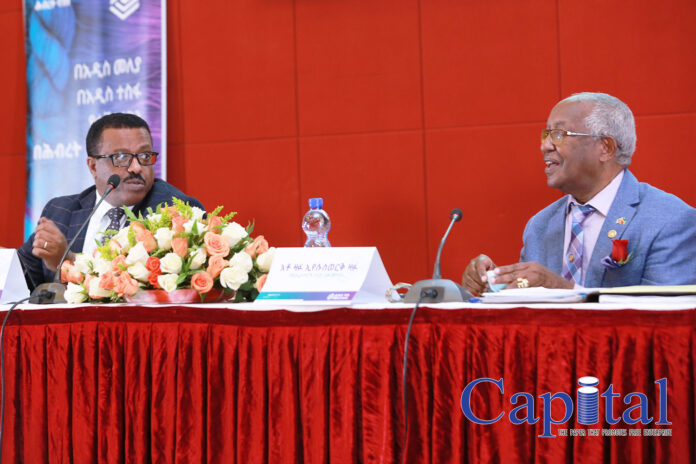 Hibret Bank earnings per share drops by a quarter percentage, while the gross profit surges by 15 percent.
The annual performance of Hibret Bank for 2019/20 financial year indicated that the company has amassed close to 1.13 billion birr gross profit before tax and other deductions. This is an increment of over 15 percent compared with the 2018/19 performance that was 980 million birr.

The annual report indicated that the financial firm profit after tax stood at 893 million birr, which was 752 million birr in the 2018/19 financial year.
Meanwhile as the company profit shows significant growth, the earning per share has dropped by about 24 percent compared with the preceding year.
The report indicated that the earning per share for the 2019/20 financial year was 29.79 per 100 birr share value that was 39.19 birr in the 2018/19 financial year.
In the stated period, the bank’s expense has also shown significant increment due to high interest fee and personal expense that is mainly salary and benefit of staff.
According to the annual report the total expense of the bank has reached 3.78 billion birr with an increment of 33 percent compared with the preceding year that was 2.8 billion birr.
From the total expense, the interest expense stood at 1.8 billion birr followed by personal expense of one billion birr and other expenses of 954 million birr. However the total income of the bank reached 4.5 billion birr by an increment of close to 1.1 billion birr with the expansionary expense consuming a significant amount from the total income.
In the year, the bank’s outstanding loans and advances have climbed by 26 percent and stood at almost 27.5 billion birr from 22 billion a year ago.