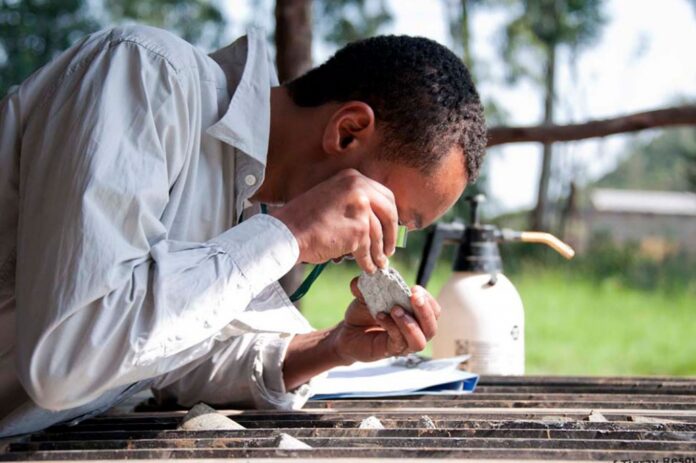 East Africa Metals Inc (EAM), Vancouver based mining company, has said that it will commence the precious metal mining development project as soon as the Ethiopian government allows it to enter the Tigray region to start its operation.
The company had delayed its schedule due to the global pandemic of COVID 19, while it was projected to start the facility development in November last year.
On its latest statement the company disclosed that Tibet Huayu Mining Co. Ltd. (THM), EAM’s operating partner for the Adyabo projects, had prepared to initiate the development of the Mato Bula and Da Tambuk mines since November 2020, when COVID travel restrictions were projected to be lifted and the mobilization of staff and equipment to site was expected to commence.
“This mobilization effort was further delayed by imposition of a state of emergency in response to conflict between the Ethiopian Federal Armed Forces and the Tigrayan People’s Liberation Front,” it said.
“According to statements released by the Ethiopian government, security has been re-established in the Tigray region and current activities are focused on facilitating a return to normalcy. THM will resume the mobilization of staff and equipment to Ethiopia and initiate the construction as soon as the government mandated travel restrictions in the Tigray region are lifted,” it added. EAM currently has three approved mining agreements with Ministry of Mines and Petroleum. The Terakimti Oxide deposit mining license had been issued in December 2017 and the mining agreements for the Mato Bula and Da Tambuk deposits have been approved and licenses issued in May 2019.
For the additional prospective targets of interest that are located on ground outside of the existing mining licenses, the company has received extension/inclusion agreements from the Ministry to allow additional time to qualify targets, as they may complement existing license resources.
The company said that construction and production plans remain unchanged, with the start of construction now anticipated in early 2021 with a one-year construction timeline to complete the parallel development of both mining operations.
EAM informed that plant commissioning will be initiated upon the completion of the mine development and full production capacity expected within three months thereafter.
The mining operations will lead to the processing of a combined 300,000 tonnes annually.
The first stage of plant processing operations will be based on a combination of gravity and flotation recovery with projected metallurgical recoveries of 70 percent for gold and 85 percent for copper.
The company said that A C.I.L. (Carbon in Leach), step in gold processing that involves simultaneous adsorption and leaching, plant is planned for construction in the third year, and the processing of the tailings projected to increase the gold recovery up to 90 percent.
“The detailed design for construction is now complete, and THM has filed the revised engineering study with the Ministry responsible for mining,” it explained.
“The mine development plans for Mato Bula and Da Tambuk have been revised to consider the simultaneous development of the two neighboring projects instead of the original plan to develop the mining operations one after the other,” said Andrew Lee Smith, President and CEO of EAM. “This change will allow the operations to take advantage of the strong gold markets and is an approach that has the potential to improve project economics over the near -term.”
East Africa retains exploration rights on areas of the properties outside the Mato Bula, Da Tambuk and Terakimti mining licenses in all Ethiopian projects and anticipates the commencement of exploration drilling to test priority targets during the first quarter of 2021. THM is be responsible for 100 percent financing of both Mato Bula and Da Tambuk mine construction costs resulting in a 70 percent THM and 30 percent EAM ownership.
EAM, which owns 70 percent of the Harvest Tigray Gold, will be the first large scale gold miners in Tigray region if it would run as per its schedule.
The company has been engaged in gold exploration project in Terakimiti locality since 2011.
Tigray region is one of the regions that have potential of gold mineral, while in the past few years the precious metal that is mainly produce by artesian have been growing. Besides EAM some other foreign companies like Newmont Venture Limited Ethiopia are also looking to develop the gold in the region.
Besides the big investors, artisan mining also expanded in the region as well as new resource areas were found.
Over 700 associations that have 10,000 artisans are involved in small scale gold mining in the region, but the figure does not include informal artisans.
According to the information that Capital obtained a year ago so far the gold deposit is available in 21 woredas from the total 34 woredas in the region.