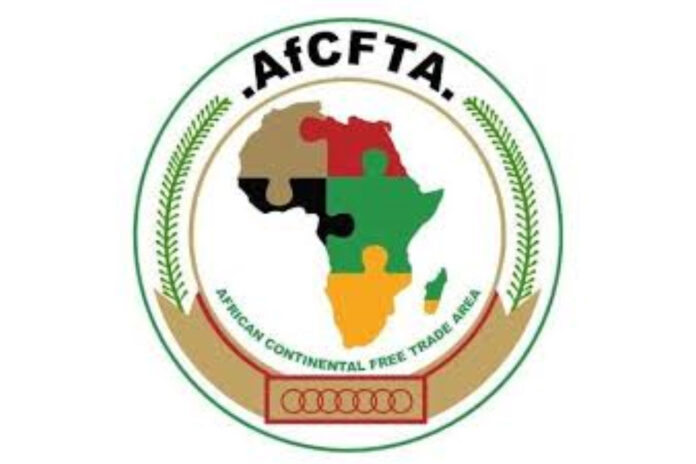 In remarks during the 6th PIDA Week, the ECA Director said given that Africa does not have the fiscal space for trillion-dollar stimulus packages as it attempts to ‘build forward better’ from the impact of COVID-19, the AfCFTA, driven by the private sector, was going to be key in unlocking Africa’s potential.

He stressed that Africa will have to look for innovative alternatives to push its recovery efforts. Quality infrastructure development was crucial too if the AfCFTA is to spur economic growth on the continent.

“ECA’s latest empirical analysis provides useful insights in terms of the trade-related impacts the implementation of the AfCFTA is expected to have on African economies,” said Karingi.

Results from the liberalization of trade in goods alone under the AfCFTA reform show that Africa’s global GDP and exports would increase. Overall, Africa’s GDP is forecasted to increase between US$28 and US$44 billion after full implementation in 2040, as compared to a baseline without tariff liberalization.

As far as exports are concerned, the bulk of the benefits would be for intra-African trade, with intra-African exports foreseen to increase by around US$50-US$70 billion.

“It is worth emphasizing that two-thirds of latter gains would be realized in the manufacturing sector, providing invaluable opportunities for industrialization. The supply-chains, which are critical to diversification and inclusion, and if deep, transformation. That is why we are all particular about rules of origin, and obedience to AfCFTA rules,” Karingi said.

Interestingly, post-implementation, the proportion of industrial products in additional intra-African trade would be larger for least developed countries (LDCs) than non-LDCs – i.e. 76% vs. 62%, respectively.

“Integration policies should lead to convergence of incomes, and our findings are an important result,” said Karingi, emphasizing the findings, focusing on the sole liberalization of trade in goods, offered only a partial view of the economic impacts to be expected from the AfCFTA.

The AfCFTA Agreement instructs State Parties to liberalize trade in services, remove some of the non-tariff barriers (NTBs), along with adoption of trade facilitation measures. Previous analyses by the ECA and UNCTAD show that the reduction of NTBs and implementing trade facilitation reforms strongly amplify the benefits observed through the sole removal of tariffs, in terms of both exports and welfare, which could increase two- to four-fold.

The ECA Director said transformation through the AfCFTA will occur by unlocking manufacturing potential and facilitate industrialisation; and it will help build a robust and resilient private sector, which is vital for inclusiveness and sustainable growth.

He said the private sector will be key to the success of the AfCFTA and recovery from COVID19; it will bring in enhanced regulations and improved environment; and huge deficits in infrastructure services could be addressed by the scale and competition that the AfCFTA provides, helping attract finance.

“In other words, the financial liberalisation in the continent foreseen in the AfCFTA will lead to financial integration and deepening,” said Karingi, adding the long-term prospects that the AfCFTA brings cannot be underestimated.

“It will allow countries to accelerate reforms. It is also catalytic, acting as a platform for leapfrogging services liberalisation. The phase II segment of the AfCFTA makes this possible as it enhances competition, creates a common investment area, and rewards and protects innovators,” he added.

“The COVID19 pandemic has demonstrated the importance of efficient services, including those that are digitally delivered.”

Karingi added; “There is a two-way causality between infrastructure investments and AfCFTA contribution to the African economy. Infrastructure is a source of resilience, as we have seen in some sectors such as ICT. The priority services sectors of the AfCFTA require infrastructure, and it is important that State parties realise that offensive strategies will be undermined by any lack of progress in the infrastructure services commitments.”

He said climate change was undermining enablers for industrialization in Africa, including infrastructure, energy, water and raw materials, adding to the economic urgency of fast-tracking Africa’s green transition.

PIDA is the African Union’s strategic framework for regional and continental infrastructure development.