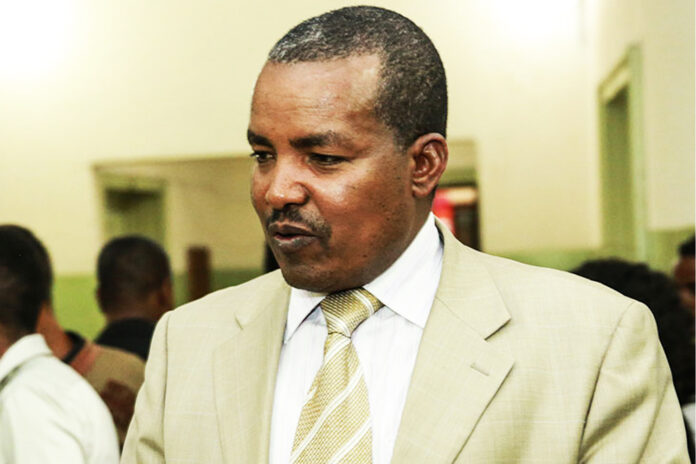 The Ethiopian Electric Utility (EEU) has announced the implementation of the highly delayed electric tariff adjustment that supports its financial stability and access to finance for projects to improve its services.
The tariff adjustment that was studied and put on shelves for over a decade had begun application about two years ago with different implementation phases until December 2021.
Shiferaw Telila, CEO of EEU, said that the revenue increment creates the confidence of lenders, who provide finance for projects including rehabilitation work.
“Previously we were not on prudent financial situations to access loan from banks. Banks demand the financial statement and if it is not sound no bank is interested to provide money. This has however now improved and has become promising because of the tariff change,” he told Capital.
“For instance we are undertaking 8 billion birr worth of rehabilitation works in Addis Ababa, which is financed by loan,” he added. Since the tariff adjustment came into force some extra amount of revenue has been earned that could allow EEU to some extent fulfill required equipment and logistics.
The CEO reminded that previously the tariff was very small and could not enable the undertaking of other expansion and network rehabilitation works excluding covering operation cost, “Due to that most of the city networks including Addis Ababa were not having the capacity of the current power demand and also the network was outdated that led for frequent power interruptions and poor operation.”
“The extra amount may not allow for the undertaking of all projects at a time because it is limited, but under our budget we allocate money for rehabilitation of network improvement and capacity build up. We have further replaced the old system with a new system that helped to reduce the interruption,” he explained.
“For instance for the year we have allocated 700 million birr for rehabilitation work, which allows to add new customers,” Shiferaw says ,“Due to the tariff revision, it has played a key role for quality service and included new customers.”
“We see tangible change on improvement of power service and reduced interruption at the process will be a standard as a service,” he explained.
He added that the capital city power system has significantly changed mainly in the eastern and central Addis Ababa because of the rehabilitation in the coming three years. The service has massively shown changes in the city because of the new project.
He underlined that the public should understand that the adjustment is repaid for the public via investment with quality service and access to electricity for the society and economic pillars like industries.
Shiferaw said that because of the Utility financial soundness, EEU has enabled to access finance for rehabilitation work in the so called six towns; Harar, Shashemene, Adigrat, Wolayta, Gonder and Debre Marqos.
EEU that is the customer of Ethiopian Electric Power (EEP) is providing electricity for the public that it buys from EEP under the power purchase agreement (PPA).
Shiferaw reminded that since the beginning of the budget year it has commenced access power from EEP under PPA by replacing the previous arrangement, which was sharing the revenue on percentage between the two public enterprises.
“There are some areas that are not still installed on meter on power purchase borders. These areas mainly different regions will be included under PPA when the meter installation is accomplished,” he said. EEP is responsible for power generation, and administer electric export, substations and electric networks above 132kv.
Utility announced a revised electricity tariff enforceable since December 2018 scraping the old one.
At the time EEU mentioned the reason for adjustment that the electricity revision was made based on the outcome of a study that hints the need to rehabilitate the electricity infrastructure, boost rural electric access coverage and improve service delivery supported by technology and taking in to account the current electricity price hike on regional and global levels as the utility could not be able to meet the societies’ energy demand with the current tariff it charges to consumers.
Meeting with standing committee
On the discussion held with Natural Resource, Irrigation and Energy Standing Committee, Shiferaw and his deputies disclosed that the operation that EEU and its regional branches concluded in the first six months of the budget year.
Service charge settlement has shown improvements by including a bank bill payment system that is now operational via Commercial Bank of Ethiopia and will continue on others banks. They also disclosed that the prepaid service that is now 16 percent share from total customers is expected to be expanded, while the bank system is 27 percent and the balance 57 percent bill set to be settled at EEU branches.
Solomon Tassew, Deputy CEO of EEU and head of Amhara Utility said, “The prepaid service was focused on major towns and is now ready to expand in all EEU’s 560 branches.”
EEU is on the process to commence POS service at branches, different public and private kiosks and mobile app service.