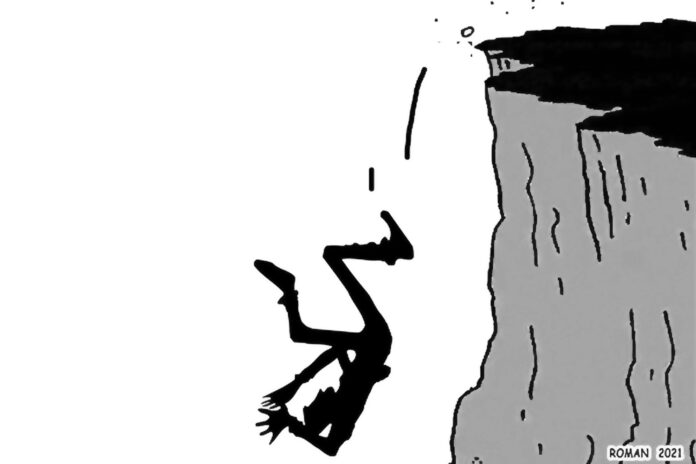 It seems a number of countries are quite capable of surviving sanctions. Some of them not only survive sanctions but also tend to strengthen their overall domestic capacities. By and large, it is the smaller nations of the world system that disproportionately suffer from sanctions imposed on them by the powerful. Eritrea is one example. The larger countries of the world that operate under sanctions can potentially use this forced regime as an impetus to develop local capacity in various sectors. Sanction can also increase the resilience of a society. Importantly, the whole scheme of sanctions highlights the precarious and unpredictable nature of the reigning modern world order! We will look at four countries that are more than surviving sanctions!
The Iranian state has been under sanctions of one sort or another for a long time. This oil rich nation, not only managed to survive, but also accomplished its main objective of becoming an advanced military power. For example, Iran’s indigenously built missile technology is quite sophisticated. The country has developed long-range missile systems that can reach its potential adversaries, namely Saudi Arabia and Israel. This weapon system seems to have deterred provocation. Its naval power is also not to be underestimated. Sanction might have retarded the realization of potentials in other sectors of the economy, but it has not done much to make the country a military weakling, the very opposite of what the sanction imposers had in mind. The Islamic Republic of Iran doesn’t seem to like the whole idea of nuclear weaponry. Its nuclear weapons program was already in the process of being phased out when the west started probing the issue. Sanction or not, the Iranian tech sector is much more advanced compared to its nemesis, Saudi Arabia.
By the same token North Korea also seems to have achieved its main objective, the development of nuclear weaponry. North Korea is now a recognized nuclear power with a working ICBM (Inter Continental Ballistic Missile). Again, the sanction imposers’ main desire of halting its nuclear program has failed. No doubt, sanctions have caused some difficulties, both to the government as well as the citizenry. Practically sandwiched between China and Russia, the Korean peninsula is a very strategic region. Any major conflict there is bound to involve these two superpowers, most likely fighting on the same side, against outside adversaries. One has to study the history of the 1950s Korean war to appreciate the determination of the North Koreans to come up with meaningful deterrent (WMD) against real and potential adversaries!
Venezuela seems rather unprepared to the sanctions imposed on it by the powerful. Its oil revenue, on which it relies for most of its foreign exchange earnings, has dwindled significantly. The powerful nations also want ‘regime change’ in Venezuela. In this regard, the proven ‘color revolution’ might well be used as one options to dislodge the government in power! Amongst the sanctions, the unavailability of financial facilitation by western bankers is one. This imposition has led the Venezuelan government to develop a cryptocurrency backed by its oil and gold. The project is to help loosen the grip of western bankers that is creating havoc to Venezuela’s trade and investment. Like Iran, Venezuela is determined to sell most of its oil in other currencies, besides the dollar. It is also bartering its oil for goods/services with potential allies, like China! The ramification of using cryptocurrencies in the trading of essential commodities will be massive, to say the least. This scheme has a potential to derail the dominance of fictitious currencies in world trade!
Russia is probably the one country that has benefitted immensely from sanctions imposed on it by the west. Russia is now the number one wheat exporting country in the world. The systemic delinking of its fossil fuel’s sales from the mighty dollar has also undermined the dollar’s reserve status. Today China and Russia, the number one buyer and seller of fossil fuel respectively, are using their own currencies for the transactions! This is very significant as it creates less demand for the dollar in the world, thereby making it difficult to issue debts (US Treasury bills) without qualm! In the sphere of technology, Russia has always been amongst the leaders, particularly when it comes to military hard wares. See the articles on page 51. Since the sanctions, Russia’s weapons sales have skyrocketed. Some of the new military gadgets that can destroy missiles, (like the US cruise missiles) are being sold to friendly nations, whose numbers are increasing by the day! In the words of the US general, ‘… an increase in Russian surface-to-air missile systems in the region threatens our access and ability to dominate the airspace,’ Votel, Commander of the US Central Command.
Both Russia and China, are working to become independent of the SWIFT system (electronic international financial transactions, dominated by the west). Locally developed scheme are in the offing in both countries. Moreover, the BRICS, which include Russia and China, have embarked on the project of developing an alternative Internet system! Fitch, the rating agency, has raised Russia’s bond to a triple A status! All in all, sanctions don’t seem to work, perhaps the old adage might come here handy: “Necessity is the mother of invention.” Good Day!