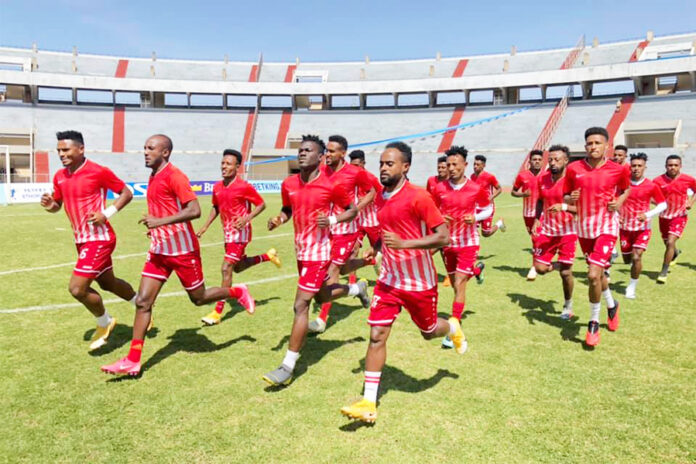 Just one defeat so far in the season “The Emperors” are emerging clear favorites to win the BetKing Ethiopian Premier League title. Five matches without a defeat Ethiopia Bunna is mounting a huge title contention while St George is sleepwalking far from the crown.
The league leaders Fasil Ketema appears the most organized and consistent side of the season with ten wins, two draws and one defeats. 32 points from 13 matches conceding ten while scoring twenty-five goals. Currently, it is only up to Fasil to throw away the championship title. Though the club’s leading scorer Mujib Kasim appeared to go slump recently, things turned out not bad thus Seyoum Kebede’s Fasil the clear favorite to the title.
Demolishing bottom of the table Adama Ketema 4-1 in the final fixture of the first round, consistently inconsistent Ethiopia Bunna finished second in the table with 24 points from seven wins, three draws and two defeats. Whether the revelation of the season Abubaker Nasser with 17 goals in 13 matches could shoulder the heavy burden of steering Bunna to its recent time first ever title is yet to be seen.
Sleepwalkers St George’s misery resume as they lost 1-0 to league leaders Fasil Ketema in the latest showdown. “The Horse Riders” appeared to have no one in command of the ship currently swaying this way or the other. Eight points adrift top of the roaster and South African makeshift coach Mahir Davids’ oblivious of what to do to turn the bad fate of St George’s title dream that appeared to come to an end.