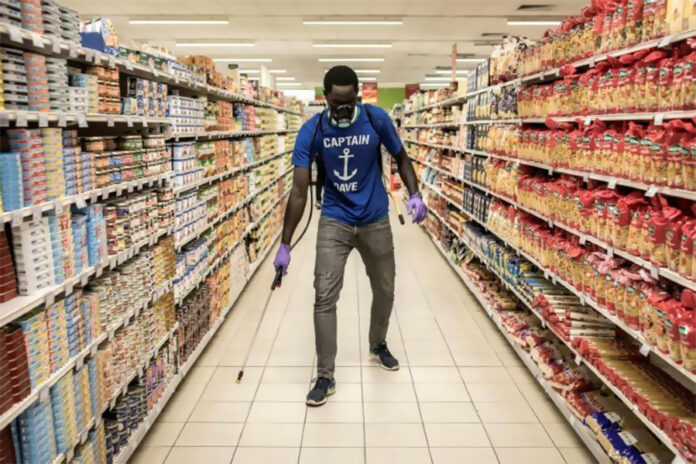 Africa’s economy should return to growth in aggregate across the continent in 2021 after a coronavirus recession, the African Development Bank said Friday, while warning that poverty and public debt would continue to rise.
The 2.1-percent contraction of the pan-African economy in 2020 was the first recession in half a century but should give way to the expansion of 3.4 percent this year, the AfDB said in the 2021 edition of its African Economic Outlook report.
At 3.1 percent, the International Monetary Fund’s forecast was less optimistic than the AfDB, whose mission is to fund investment in African countries and offer advice and technical assistance to development.
The development bank predicted the strongest rebound for economies like Morocco, Tunisia and Mauritius that depend on tourism, at 6.2 percent – although their GDP fell the furthest last year.
Meanwhile, oil and raw materials exporters like Algeria, Nigeria, Angola and South Africa should enjoy the growth of around three percent, and the continent’s most diversified economies like Ethiopia and Ivory Coast rise by 4.1 percent, having already suffered a softer 2020 blow.
The AfDB report also highlighted that 39 million more people could slip below the extreme poverty threshold of $1.90 per day this year, up from an estimated 30 million last year.
A total of 465 million people in Africa could be affected by extreme poverty, one-third of the continent’s population, in a setback after two decades of steady reductions.
Meanwhile “the pandemic shock and ensuing economic crisis have had direct implications for budgetary balances and debt burdens,” the AfDB warned.
Deficits roughly doubled last year, to around 8.4 percent of GDP, while the average debt-to-GDP ratio on the continent is expected to surge by between 10 and 15 percentage points, to around 70 percent.
By December, 14 of 38 countries analyzed for debt sustainability were judged “in high risk of debt distress”, with 16 seen as moderate risk and just two at low risk.
“Serious debt challenges might be looming, and disorderly defaults and lengthy resolutions could become a major obstacle to Africa’s progress toward prosperity,” AfDB President Akinwumi Adesina wrote in the report.
“We need to address Africa’s debt and development finance challenges, in partnership with the international community” and with private creditors, he added.
But Adesina also urged leaders to enact “bold governance reforms to eliminate all forms of leakages in public resources, improve domestic resource mobilization, and enhance transparency”.
The 2021 edition of the African Economic Outlook focuses on debt resolution, governance, and growth in Africa.