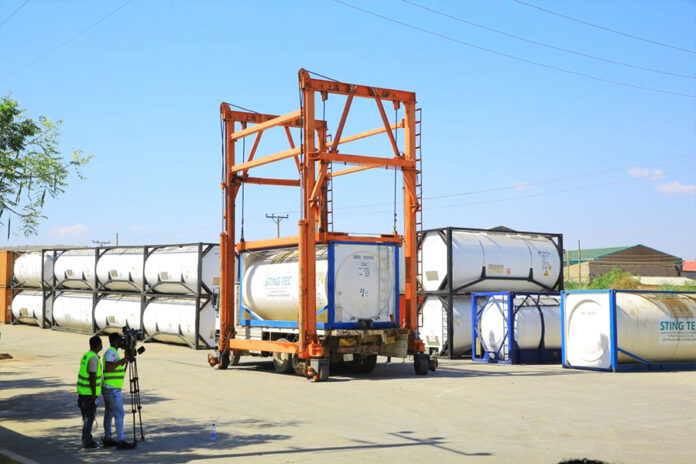 The pioneer factory of palm oil refinery in Ethiopia, Shemu Management, which has a capacity of saving one third of the hard currency that the government uses to import on oil, says it is looking for land to further expand its industrial complex that currently has six factories.
The industry located at Dire Dawa, 500 km east of Addis Ababa disclosed that it is in good condition to cover the edible oil demand in the eastern part of Ethiopia.
The company started with 120 tons in 2017 and steadied increase to 220 tons of products before its massive expansion. “The factory has now installed a capacity to produce 950 tons of oil per day and already commenced the production few months ago,” Firezer Debela, General Manager of Shemu Management explained. 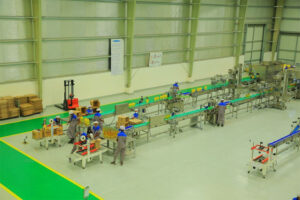 The latest expansion was built with a budget of 1.6 billion birr.
As per the government assignment, which is now closely following the edible oil distribution, the factory is expected to satisfy the demands of 5 regions in the eastern part of the country and Oromia in part.
“So far we have produced 3 million liters of oil that will be distributed for the public as per the guideline of Ministry of Trade and Industry via different assigned companies and the production will continue since we secured foreign currency under government’s support,” Firezer told Capital.
In its industry complex at Dire Dawa the company produces raw material that is known as noodles for soap and supplies 108 soap factories as well.
The company owns a soap factory under the well-known brand of Shemu Soap and Detergent in addition to this. Moreover, it produces 5 tons of liquid soap per hour.
Other byproducts of the oil refinery include shortening and vegetable gee or margarine.
“The factory produces shortening in mass, specifically in 16 kg packages and supplies food processing factories like cake and biscuit industries for their mass production. It is planned to produce in smaller packages of 750 and 950ml for householder use,” the General Manager explained. 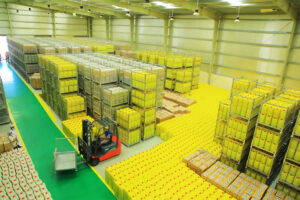 The factory resides on 7500 square meters of land and management believes it requires a larger plot of land since it’s congested by different industrial complex facilities located at the north western outskirts of Dire Dawa, which is 300km from the Ports in Djibouti which provides advantageous access to input easily from overseas.
The head of Shemu Management mentions that the company has been requesting for more land to the Dire Dawa City Administration on different occasion but the government hasn’t been able to give a proper response.
Capital learnt that the factory had recently requested the city administration to get at least 22 hectare of land for its production process and expected further massive expansion.
Besides importing crude for its oil and other production, the company had conducted to access oilseeds from the surroundings of Dire Dawa that are very rich in the oil production.
“The factory focuses on lessening the raw material import trend thus is looking for supplies within the Hararge area farmers,” Firezer says, “we want to use the product of farmers on our production line which also attracts international partners to support the scheme.”
The factory imports 90 percent of its raw materials and foreign exchange has proved to be a challenge. To this end, the National Bank of Ethiopia and the Trade and Industry Ministry have been offering support to oil refineries that require large scale of raw material as imports which led to the company secure USD 8.5 million in support. However, the company consumes 20 million dollars per month to operate under full capacity, which shall probably saves one-third of the foreign currency that the government uses to import oil every month, if it operates fully.

Different studies indicated that government alone allocated about USD 52 million per month for refined edible oil import.
“Hararge area is well known for its peanut production. We want to use it for our oil production to reduce the demand of the scarce foreign currency which will be a further benefit to farmers who will get affordable payments,” he added.
“Farmers as out grower will benefit from providing technical support to final purchasing of the product at a good price. Furthermore, international organizations like the International Financial Corporation (IFC), the private wing of the World Bank, have interest to support the scheme,” he explained.
The discussion with IFC is under pipeline and may provide about USD 8.5 million if talks bear fruit. IFC will also offer technical support in different mechanism.
The company used to import raw material for soap manufacturing from Malaysia, Indonesia, and other far-east countries. However it was noted that it was lucrative in the long term to produce the materials in its factory, as a result the oil factory pivoted to support the soap manufacturing industry.
Shemu Management manages Shemu Industries and was founded about three decades ago. It’s been a leader in merchandise sales for over 30 years at Dire Dawa area. The company started manufacturing soap in 1999. Since soap is a byproduct of edible oil, they eventually went into the palm oil refinery business in 2017.