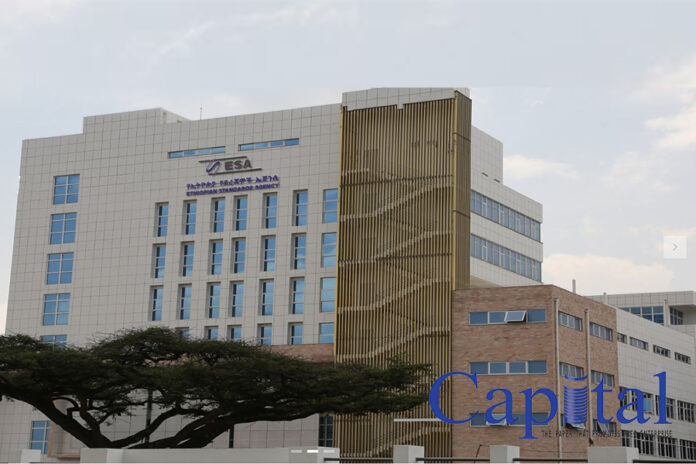 The Ethiopian Standards Agency has ratified 285 new standards. The Agency has been preparing standards to assure the exchange of quality merchandise within the dynamic market economy. It has also been giving training and technical support to professionals in related fields. The agency alongside a technical committee composed of concerned stakeholders has formulated new standards that were ratified by the National Standards Council on Tuesday January 5th, 2021. Initially 289 detailed standards were presented to the council but 285 of those were approved as national standards. 148 of the approved standards are brand new and 44 were revised.
The ratified national standards include: Agricultural and Food standards have 14 new added standards and 4 revised ones; Fundamental and General standard preparation sector has 23 new added standards and 1 revised and 4 left as they were; Chemicals and Chemical products sector has 17 new added standards, 13 revised; Construction and Civil Engineering sector has 19 new standards and 13 revised; Electromechanical standards preparation sector has 69 new standards; Environment and Health sectors have 6 new standards and 13 revised.
The new and revised standards are considered to be in line with the country’s developmental strategy and are expected to make significant contributions to the growth of the nation, strengthening the economy, and being the beacon of excellence for the manufacturing industry so that it could be competitive globally. The agency will also help with technological advancements and innovations. It has been protecting the society’s health and security, environmental wellbeing and defending the rights of consumers. All manufacturers and importers are expected to know standards and carry on their activities based on these qualifications for merchandise.
The Ethiopian Standards Agency (ESA) is the national standards body of Ethiopia. ESA was established following the restructuring of the Quality and Standards Authority of Ethiopia in 2010. It is a non-profit government body of the Ministry of Science and Technology. Its policy-making and governing body is the standards Council whose members are appointed by government from various organizations.
The mission of ESA is to enable manufacturing and service providing organizations to be competitive in internationally accepted management systems. The development of standards, training and technical support on implementation of standards contributes to the country’s economic and social development through technology transfer.