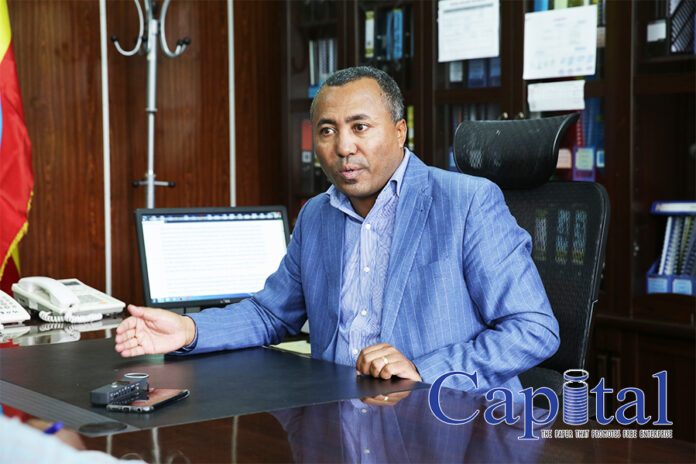 Higher Education Relevance and Qualification Agency /HERQA/claims unqualified and illegal licensing of health professionals is becoming difficult to control.
The agency’s responsibility is to conduct accreditation and as a result has cautioned the Ministry of Health and regional health bureaus to assess the authentication and qualification of the individuals from the agency before giving Competency Assessment exams and licenses since unqualified licensed health workers are filling the sector.
“Competency assessment has a big role in any disciple in the assurance of quality professionals while the health sector is very sensitive since it affects life,” said Andualem Admase /PhD/ director at the agency. “Seeing unqualified yet licensed health workers is becoming so familiar,” added Andualem.
As he claims, the Ministry of Health and regional health bureaus are licensing those who do not fulfill the requirements. Similarly, HERQA, accuses the private higher education institutions for letting unqualified students to start class and graduate thereafter. To this regard, HERQA urges higher education institutions, to submit the list of enrolled students within the one month period of joining as well as the list of graduates from the respective institutions so as to have a track record of their data for authentication.
As Andualem said, even if the agency has been trying to take different measurements to control the situation owing to its deeply rooted challenge, it is difficult to find satisfactory result as the situation is distressing.
“Even if the agency has been writing different letters to both bodies, there has not been any change and next week, the ministry is preparing to give Professionals Competency Assessment without checking their qualification from the agency,” he stated.
To combat the problem as Andualem said HERQA has decide all health bureaus including ministry of health to request and asses qualification of individuals and graduates from the agency to get recognition with regard to accreditation before giving Professionals Competency Assessment and License.
As the director said, giving warning is the first phase to control the situation; otherwise if there is any activity without the knowledge of the agency, the agency will be obliged to take the situation to court.
The national licensing exam work to maintain the quality of education by giving exam before professionals join to work. The licensing examination will be conducted by the National Health Professionals Competency Assessment and Licensure Directorate in coordination with different stake holders and training institutions. The regional and city council health offices also have now taken on the mandate to hire doctors, which a lot of people claim this has opened doors to corruption and nepotism in the recruiting process. In addition, Andualem expressed some regions are not willing to work with the agency.
As compared to the WHO standard of health professionals to population ratio for developing countries, Ethiopia has a wide gap as of yet and the government has been working to increase the number of health professionals by increasing the intake of health science colleges and by opening new institutions. While this helped to reduce the gap, in comparison to the standard and the quality of the teaching and learning process, the service provided by the professionals became an issue for different stakeholders and the government as well.
Ethiopia has one of the most acute medical shortages in sub-Saharan Africa and the situation of unemployed doctors has recently become an important topic of public discussion. Doctors have expressed their frustration and hardship when trying to find a job. The unemployment of newly graduated doctors is still unknown in Ethiopia.
As Andualem claims employment of unqualified licensed health workers are massing the health sector while qualified and accredited health workers are wandering.
The National Health Professionals Competency Assessment and Licensure Directorate (NHPCALD) is established in the Ministry of Health in response to one of the four transformation agendas ‘Quality & Equity in Health Care’ to introduce a standardized national licensing or qualifying examination for all first degree graduates of all public and private training institutions. Before it is organized to the current structure, it was organized as National Board of Examinations (NBE) under the Human Resources Development and Administration directorate in 2006 E.C. The established board of examination has given the examination for Medicine, Health Officer, Nursing, Midwifery and Anesthesia graduates as a pilot in 2007 and 2008 E.C.