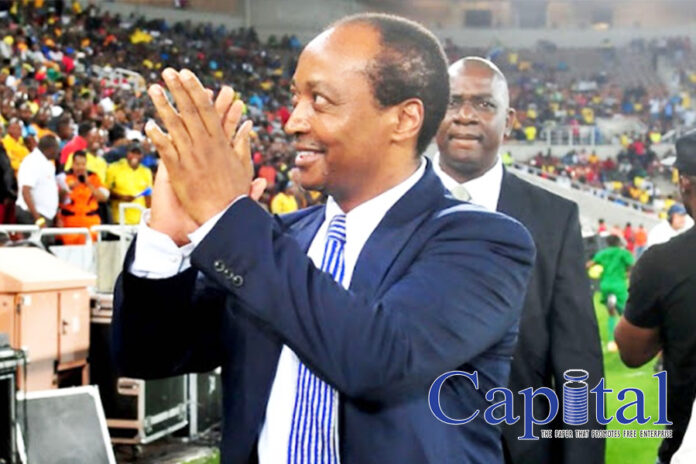 The ninth richest man in Africa, owner to 2016 CAF Champion Mamelodi Sundowns with a personal wealth estimated at $2.9 billion (2.4 billion euros), Patrice Motsepe was confirmed as Confederation of African Football (CAF) president in Rabat Friday and pleaded for unity as he seeks to fix the troubled organization.
Africa has suffered serious setbacks in recent years with all five qualifiers for the 2018 World Cup in Russia eliminated after the first round the continent’s worst showing in 36 years.
Last November, Malagasy Ahmad Ahmad became the first CAF president to be banned by FIFA, with a five-year suspension for “governance issues” cut to two after appealing to the Court of Arbitration for Sport.
Just a few weeks ago, the 59 year-old Motsepe, Ivorian Jacques Anouma, Mauritanian Ahmed Yahya and Senegalese Augustin Senghor were locked in an intriguing struggle for the presidency.
But FIFA-brokered meetings of the contenders in Morocco and Mauritania led to mining magnate Motsepe becoming the sole candidate. Senghor and Yahya were given the first and second vice-president roles.
Anouma, who initially declared the pact “undemocratic”, is a former FIFA executive committee member and becomes a special advisor to Motsepe.
The first Anglophone President in the 64-year history of CAF, Motsepe will be assisted by Augustine Senghor of Senegal (1st Vice President), Ahmed Yaheya of Libya (2nd Vice President) and Djibouti’s Souleman Waberi (3rd Vice President).