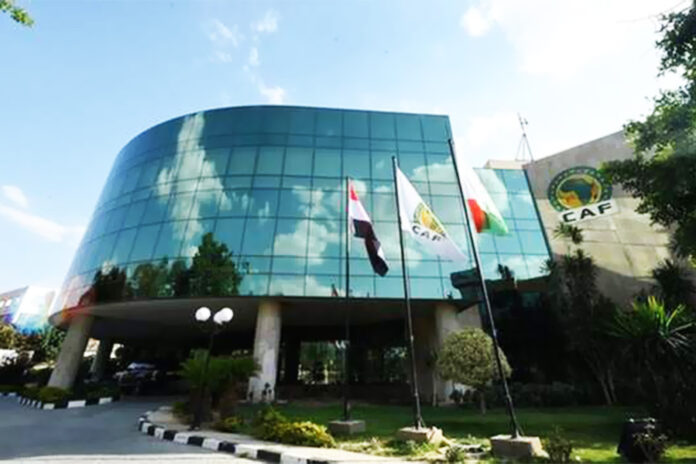 The Confederation of African Football (Caf) is undergoing its third audit in eighteen months, the body’s Executive Committee has announced.
The audit was commissioned by Caf’s new Secretary General Veron Mosengo-Omba, the former Fifa employee who was appointed to his role on 13 March.
The Swiss-Congolese made his request shortly after arriving at Caf’s headquarters in the Egyptian capital Cairo.
“He came to Cairo the week after his appointment and put [the audit] in place immediately to assess the exact situation of the administration,” Caf’s Communication Director Alex Siewe told BBC Sport Africa.
“It is not just financial. It is covering the whole organisation and the way we operate.”
The audit – whose results ‘are expected at the beginning of May 2021’ – is being carried out by Pricewaterhouse Coopers (PwC).
PwC’s audit of Caf between September and October 2019 – which was finalised in November 2019 – revealed an organisation in a state of disarray.
The investigation – which was reported as being a joint decision by both Caf and Fifa questioned the former’s governance, payments and accounting, which was described as ‘unreliable and not trustworthy’.
Among other details, the audit highlighted transactions totalling more than $20m which either had “little or no supporting documentation” or were considered “higher risk”.
The body’s workforce was described as “understaffed”, “overworked” and “demotivated”.
A second audit was then conducted in early 2020, some of which was used in the ethics case which resulted in the ban of former Caf president Ahmad.
2021 African Nations Cup dates confirmed
The dates for the much-delayed 2021 Africa Cup of Nations, which has been postponed a year, have been confirmed as 9 January-6 February 2022.
The draw for next year’s finals in Cameroon will be held on 25 June, with the sole remaining place at the finals to be contested earlier that month when Benin play Sierra Leone in a Group L tie delayed by a Covid row.
Having worked across Africa for many years in his previous role as Chief Officer of Fifa’s Member Associations division, Mosengo-Omba knows the continent well and has identified infrastructure as a key concern.
“It was agreed that the improvement of several infrastructures will be a priority for Caf and a detailed plan will be presented at a short term,” African football’s governing body said in a statement.
Mosengo-Omba reportedly described the ‘state of degradation of infrastructure … which do not or no longer offer the guarantees and aptitudes to host Caf competitions, in particular the Africa Cup of Nations’.
Caf appointments
The ExCo meeting also confirmed the new role for Ivory Coast’s Jacques Anouma, who was once a candidate for the Caf presidency before being persuaded to abandon his bid in the interests of ‘African unity’.
As part of the arrangement, South Africa’s Patrice Motsepe was effectively appointed Caf president while two former rival candidates – Augustin Senghor of Senegal and Mauritania’s Ahmed Yahya – assumed vice-presidential roles.
Long rumoured, Anouma’s status as ‘Senior Special Advisor to the President’ has now been officially confirmed by Caf, who also stated that Danny Jordaan will help his compatriot Motsepe as ‘Advisor in charge of Competitions and Marketing to the Presidency’.
Veteran ExCo member Hany Abou Rida of Egypt and Nigeria’s Amaju Pinnick have been appointed members of Caf’s Emergency Committee, a small cabal who have the ability to take executive decisions.
Elsewhere, Morocco’s Faouzi Lekjaa will continue his former role as Chairman of the Finance Committee, while Somalia’s Football Federation president Abdi Qani Said has been co-opted on to the ExCo.