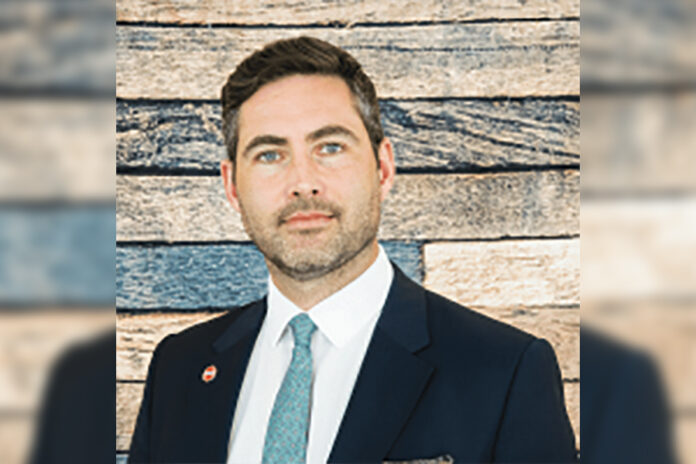 Neglected tropical diseases (NTDs) are a diverse group of tropical infections which are common in low-income populations in developing regions of Africa, Asia, and the Americas. They are caused by a variety of pathogens such as viruses, bacteria, protozoa and parasitic worms (helminths). “Neglected”, is often the term used because they generally afflict the world’s poor and historically have not received as much attention as other diseases, such as the big three infectious diseases (HIV/AIDS, tuberculosis, and malaria), which generally receive greater treatment and research funding.
Changing this narrative however is The END (Ending Neglected Diseases) Fund which is a private philanthropic initiative aimed at controlling and eliminating NTDs that debilitate, blind, disfigure, and cause early death to over 1.5 billion of the world’s poorest people.
One of the leaders spearheading this initiative is Sam Mayer who is the Vice President, Public Affairs at the END Fund. He is responsible for the organization’s global external engagement, including advocacy and communications that advance the neglected tropical disease (NTD) platform and attract additional resources and attention to the NTD sector.
Sam leads the END Fund’s efforts to mobilize a growing ecosystem of NTD champions across governments, the pharmaceutical industry, and a coalition of other cultural, private sector, and community-based organizations.
Previously, Sam was Executive Director, International Programs at the M∙A∙C AIDS Fund where he oversaw a grant portfolio that supported 130 HIV/AIDS service organizations across 50 countries. There, he devised public private partnerships and strategic health programs that reached over 26 million people affected by or at risk of HIV/AIDS.
Prior to that, Sam led global fundraising efforts for a leading sport-for-development organization, Grassroot Soccer.
He was also previously Chief Operating Officer for Millennium Promise, and Global Operations Manager at the Clinton Health Access Initiative where he helped establish the organization’s health financing division.
Sam currently serves on the board of the National Jazz Museum in Harlem. He holds a Master’s degree in Development Economics from the University of London’s School of Oriental and African Studies, and a BA in Economics from the University of Strathclyde in his native Scotland. Sam lives in New York with his wife and two children, and enjoys competing in triathlons and marathons. Capital got hold of Sam for detailed insights of the END Funds programs. Excerpts; 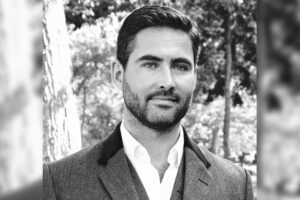 Capital: How was the END Fund founded, and what is its primary mission?
Sam Mayer: In 2006, the Legatum Foundation, a founding investor of the END Fund, funded NTD programs in Rwanda and Burundi. Over the span of four years, they supported the treatment of more than eight million people for diseases like intestinal worms, schistosomiasis, and lymphatic filariasis at a small cost. Their intervention demonstrated the feasibility of quickly scaling up NTD programs to a national level. It helped generate the evidence and enthusiasm for creating the END Fund as a philanthropic platform to engage others in ending neglected diseases. Since our founding in 2012, the END Fund has continued to work to ensure that people at risk of neglected tropical diseases in over 30 countries can live healthy and prosperous lives. NTDs are a group of parasitic, bacterial, and viral infections that affect 1 in 5 people globally, leaving them trapped in a cycle of poverty, sickness and suffering. They include diseases such as intestinal worms, schistosomiasis (bilharzia) and trachoma amongst others.

Capital: Describe the new innovative initiatives that The END Fund is deploying to accelerate progress towards elimination of intestinal worms in order to ensure promotion of better health.
Sam Mayer: In support of particularly progressive policy environments, the END Fund supports its government partners by leveraging the power of collaborative philanthropy to build cross-sector partnerships, deepen expertise, and promote a more strategic approach for NTD investment in endemic countries. We work towards elimination of NTDs and health promotion by supporting mass drug administration (MDA) campaigns and advances in health system strengthening through vehicles like our Deworming Innovation Fund. This initiative was established to accelerate progress towards the elimination of schistosomiasis and intestinal worms in Ethiopia, Rwanda, Kenya, and Zimbabwe. Progress is achieved through investing in innovative approaches to treatment, prevention, and financial sustainability. The END Fund increases reach to expanded at-risk populations through generous donations from pharmaceutical companies. We believe in this model of philanthropy because it directly supports host governments and communities who take the lead role in planning, implementing, and assessing local drug delivery strategy with community drug distributors driving strong social mobilisation and service delivery. We recently commissioned a study by the Economist Intelligence Unit to measure the high social and economic returns of investments in NTD treatment and control. The study revealed that $3.2 billion in productivity gains can be achieved from the elimination of soil-transmitted helminths and schistosomiasis in Ethiopia.

Capital: What are the current statistics of people affected by intestinal worms across the world and in the countries where the END Fund operates? What is the END Fund’s strategic plan to bring these numbers down?
Sam Mayer: Intestinal worms affect more than 1.5 billion people, and 40% of the global burden is found in Africa. The END Fund currently works in more than 25 countries, with the highest NTD burden being in the Democratic Republic of Congo, Nigeria, and Ethiopia. Our strategic framework until 2030 is aligned with the World Health Organization (WHO) 2030 NTD Roadmap that seeks to ensure that 90% of people suffering from an NTD receive treatment. The END Fund has supported the delivery of over 140 million treatments annually for the last five years, and we are committed to growing the scale at which we support service delivery over the coming decade, ensuring that hundreds of millions more can live lives free from the burden of NTDs.

Capital: Can you give us an insight on the progress of the “Reaching the Last Mile Fund (RLMF)” since its initiation?
Sam Mayer: The Reaching the Last Mile Fund (RLMF) is a ten-year, multi-donor fund dedicated to the elimination of river blindness and lymphatic filariasis. The RLMF is initiated by His Highness Sheikh Mohamed bin Zayed Al Nahyan, the Crown Prince of Abu Dhabi, in collaboration with the Bill & Melinda Gates Foundation with additional support from a diverse group of philanthropic, corporate and government funders. Since 2018, RLMF has distributed more than 28 million treatments, trained over 435,000 health care workers, and conducted more than 900 surgeries.

Capital: The END Fund has been committed to ending neglected tropical diseases around the globe. How is it raising local and global awareness about these neglected diseases?
Sam Mayer: Despite the well documented effects of NTDs on economic productivity and on the health and wellbeing of communities, these diseases have struggled to garner sufficient political prioritization and remain largely under-addressed. The END Fund engages in both local and global advocacy on behalf of the NTD community by explicitly advocating for public and private funding to tackle these preventable diseases. Our local advocacy includes engaging with governments and NGO implementing partners to assess country needs and coordinate effective program delivery. We complement this by forging strategic partnerships with credible, committed, and effective NTD champions to elevate the NTD platform and reinforce the benefits of effective interventions. For example, in 2019 we partnered with Nigerian national footballer, William Troost-Ekong, to deliver a multimedia public service announcement with support from the Nigerian Federal Ministry of Health that leveraged the timing of Nigeria’s progress in the Africa Cup of Nations and effectively improved knowledge and attitudes towards NTD programs ahead of government-led mass drug administration programs. More recently, in partnership with the Global First Ladies Alliance, we created a program to recruit local champions, including African First Ladies that can advocate for country-led programs through resource mobilization, political support, and garnering public demand for NTD programs. The END Fund’s communications and storytelling initiatives center and elevate the voices and needs of impacted communities. With national voices at the forefront, we can support targeted dissemination strategies to educate audiences, inspiring and mobilizing the communities that we serve.