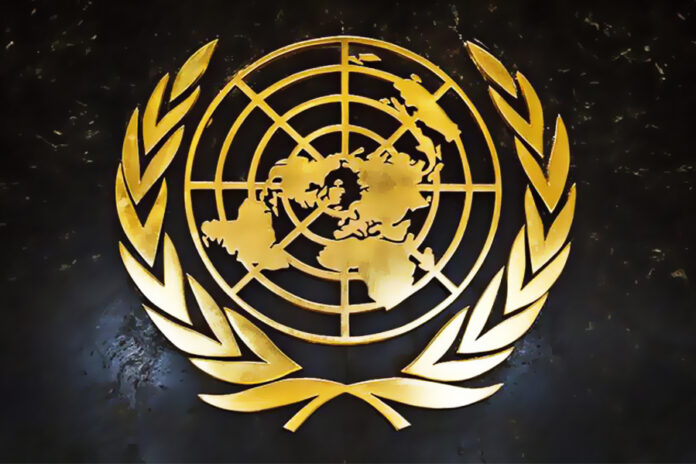 The United Nations warned that the devastating socio-economic impact of the COVID-19 pandemic will be felt for years to come unless smart investments in economic, societal and climate resilience ensure a robust and sustainable recovery of the global economy.
In 2020, the world economy shrank by 4.3 per cent, over two and half times more than during the global crisis of 2009. The modest recovery of 4.7 per cent expected in 2021 would barely offset the losses of 2020, says the latest World Economic Situation and Prospects.
Developed economies, projected to see a 4 per cent output growth in 2021, shrank the most, by 5.6 per cent, due to economic shutdowns and subsequent waves of the pandemic, increasing the risk of premature austerity measures that would only derail recovery efforts globally. Developing countries saw a less severe contraction at 2.5 per cent, with an expected rebound of 5.6 per cent in 2021, according to the estimates presented in the report. However, economic contraction among developing nations, falling exports and local consumption rates as well as high levels of public debt will significantly increase poverty levels, says the report.
African countries are experiencing an unprecedented economic downturn with major adverse impacts on development. Lower commodity prices, the collapse of tourism and lower remittances – exacerbated by much-needed domestic lockdowns and other measures to control the spread of the pandemic – have caused a severe and widespread deterioration of the economic situation. Limited fiscal space, challenging financing conditions and rising public debt have increased the risks of debt distress.
“We are facing the worst health and economic crisis in 90 years. As we mourn the growing death toll, we must remember that the choices we make now will determine our collective future,” said UN Secretary-General António Guterres, who will address the Davos Agenda event later today. “Let’s invest in an inclusive and sustainable future driven by smart policies, impactful investments, and a strong and effective multilateral system that places people at the heart of all socio-economic efforts.”
The report underscores that sustained recovery from the pandemic will depend not only on the size of the stimulus measures, and the quick rollout of vaccines, but also on the quality and efficacy of these measures to build resilience against future shocks.
An unprecedented downturn with major consequences for development in Africa
Despite the relatively few number of cases compared to the number of cases in other continents, the COVID-19 pandemic will continue to strongly impact living conditions and development progress in Africa. The crisis is already increasing unemployment, poverty and inequality. Most countries are facing enormous challenges to keep the pandemic under control and mobilize financial resources to support health systems, protect vulnerable groups, and support the recovery.
After a contraction of 3.4 per cent in 2020, Africa is projected to achieve a modest recovery, with regional GDP expanding by 3.4 per cent in 2021. This recovery is predicated on the rise of domestic demand and the pick-up of exports and commodity prices.
Nigeria’s GDP is projected to expand by 1.5 per cent in 2021, after a contraction of 3.5 per cent in 2020. Yet, tighter foreign exchange liquidity, mounting inflationary pressures and subdued domestic demand cloud the medium-term outlook. In South Africa, GDP is projected to expand by 3.3 per cent in 2021, after a contraction of 7.7 per cent in 2020. However, a strong and sustained recovery remains uncertain, amid power shortages, elevated public debt and policy challenges.
Egypt’s GDP is estimated to have grown by 0.2 per cent in 2020; and in 2021, GDP growth is projected to climb to 5.4 per cent, underpinned by a strong recovery of domestic demand and facilitated by the absence of severe balance-of-payments constraints. After a contraction of 0.5 per cent in 2020, the Ethiopian economy is projected to expand by only 2.3 per cent in 2021. While agricultural exports are showing resilience, the tourism sector will remain restrained throughout 2021.
External financing and high debt levels pose major risks
Elevated public debt is limiting the capacity to boost spending across the continent. Also, meagre growth prospects mean less capacity to sustain debt levels, as foreign reserves, remittances and capital flows falter and depreciations constrain the capacity to service foreign currency-denominated debt. African countries need further support from the international community and strong national efforts in averting a debt crisis. A debt crisis would not just cause a further economic deterioration, but also force painful fiscal adjustments. Against such a backdrop, social unrest and political tensions may easily escalate, which could in turn worsen food insecurity, violence, internal displacement and migration pressures.
A strong and sustained recovery requires decisive policy actions
Africa needs a sustained revival of growth. While a focus on the short term is essential, African countries need to lay the groundwork for a strong and inclusive development path in the medium term, which entail the creation of decent jobs at a large scale.
“As countries will emerge from the crisis with higher levels of debt, a careful rebalancing of policy priorities will be required to build resilience and boost productivity,” said Hamid Rashid, Chief of the Global Economic Monitoring Branch at the UN Department of Economic and Social Affairs, and the lead author of the report. “This includes unlocking growth opportunities and accelerating technology adoption and bridging digital divides, enhancing climate resilience and boosting domestic revenue mobilization.”
The report highlights the need for African countries to prioritize the diffusion of digital technologies, supported by the expansion of affordable and universal digital infrastructure. An effective framework for the implementation of the African Continental Free Trade Area could also become a major tool for promoting intra-African trade, food security and productivity.