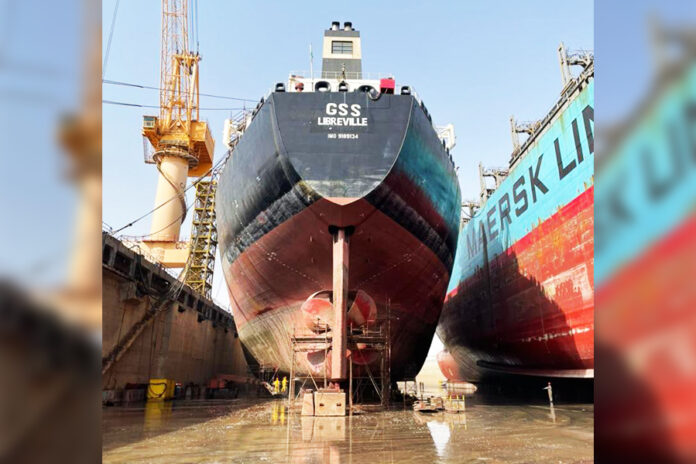 The Ethiopian Petroleum Supply Enterprise (EPSE) says the coming of new floating storage by Red Sea Bunkering shows an additional vigor for the Ethiopian benzene import.
Two weeks ago, Red Sea Bunkering, Great Horn Investment Holding Group’s company throughDjibouti Ports and Free Zones Authority (DPFZA), announced that it has just acquired a 227 meter tanker vessel with a deadweight tonnage (DWT) of 73,000 for its service in the international maritime hub and regional countries.
In the third week of last month, Aboubaker Omar Hadi, Chairman of DPFZA, said,“We are going to use, partly, the vessel as floating storage, for Djibouti and neighboring countries oil imports.”
For the importation of its refined petroleum, Ethiopia is using Horizon Djibouti Terminals Ltd, which operates with its maximum capacity.
There is also a project that the DPFZA carried out at Damerjog, south east outskirt of the capital of Djibouti, in order to meet the growing demand of the oil storage for Ethiopia and other countries.
About the floating storage vessel, the DPFZA Chair said that it is important for Djibouti and neighboring countries oil imports, “Until we complete Damerjog oil storage, by next year,” he emphasized. 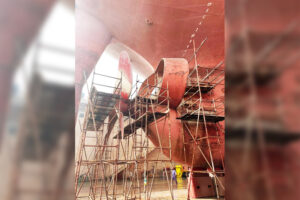 Recently, Ahmed Tusa, head of Petroleum and Petroleum Products Supply and Distribution Regulatory Authority, told Capital that the Ethiopian government had discussed with Djibouti about enhancing the capacity of oil storage in the port country with different alternatives. He reminded that the new facility at Damerjog remains a good initiative for the growing demand of Ethiopia.
Tadesse Hailemariam, CEO of EPSE, mentioned the latest information about the coming of the floating as good news for the sector in Ethiopia.
He said that it will have a good opportunity to accommodate the storage of Ethiopian benzene.
He reminded that about 90 percent of benzene product was imported from Sudan, which is now cut because of low production in its refinery of which it has now started importing the refined production.
“Now most of our benzene is imported via Djibouti, while the Horizon terminal is mainly serving other petroleum products,” Tadesse told Capital, “due to that there is storage limitation at the port.”
“In the past Djibouti had allocated limited storage for our 10 percent benzene import that was mainly distributed in the eastern part of the country but we are now moving most of our import via the major port destination for Ethiopia,” he added.
The CEO said that floating storage as an alternative can use old vessels to do similar work which is common practice in the liquid logistics industry in the world.
“Horizon is serving mainly for our non-benzene oil, thus we need to get storage for benzene. Currently, Djibouti allocates 10,000 cubic meters for benzene storage, which is about four days consumption for Ethiopia,” he says, “hence the floating berth that may have a storage capacity of up to 60,000 metric ton making it beneficial to us.”
Red Sea Bunkering floating storage has a capacity of 73,000 metric tons.
According to the sector experts, the coming tankers shall transfer the product to the floating storage which will then be transferred to the port then to the country.
“Actually there are floating tankers, who build for storage purpose, or vessels that become aged shall give such service,” the petroleum industry expert said.
Tadesse said that Djibouti has an expansion on the petroleum terminal, “besides that they are in activity to connect the oil terminal to the railway line like how Ethiopia commenced on Awash.”
Red Sea Bunkering’s General Manager, Abdi Ismail Kahin, said that the tanker was part of Red Sea Bunkering’s mission to transform Djibouti into an ‘international bunkering hub’ once again.
Kahin in February said that the facility was scheduled to be in operation by the end of March. Kahin said that when it comes online: Red Sea Bunkering will be the sole company in the region with such an asset. This new hub will create new storage, trading and supply opportunities for Djibouti and in the region.
Red Sea Bunkering is the government sole physical supplier of Djibouti established in 2015. It does bunker supplies onshore and offshore.
Between mid 2015 and 2020, Red Sea Bunkering has supplied fuel oil and gasoil to over 5,000 vessels. Part of the formation of Red Sea Bunkering has brought back Djibouti as a leader on bunker map in the region, Djibouti had previously been an important bunkering centre for ships transiting the Suez Canal – but then ‘due to the closure of the Suez Canal between 1967 and 1975 the bunker business also shut down, and a new ship route around the Cape was opened up. 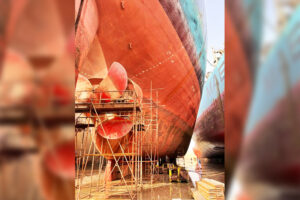 Djibouti Damerjog Industrial Park is the massive project that will accommodate oil storage, industries, floating refineries and other facilities that will be developed in different phases.
In related development, EPSE announced that almost all of the oil companies have signed the contract in order to commence the petroleum supply under the new scheme that forced the companies to buy the energy on cash based modality.
Tadesse told Capital that about 95 percent of the companies have signed the new contract. But he said that the provocative situation in the oil market need further measures to calm the sector activity.
“When the new regulatory organ, Petroleum and Petroleum Products Supply and Distribution Regulatory Authority, becomes fully capable with qualified professional, uses technologies and issues different rules and directives, the sector may see progress,” he expressed his hope by recommending, The using tank gagging system for retailers and GPS for oil trucks which would be emplaced when the sector shall be modernized.
He also recommended for the improvement of storage capacity of old dealers’ centers located at the heart of the capital city and other old towns. Investment on the sector is stated as crucial. Currently, there are only 130 oil dealers in Addis Ababa which in the least are supposed to be 500.Improving profit margin should be considered as a long term strategy to encourage the private sector involvement in the energy business.