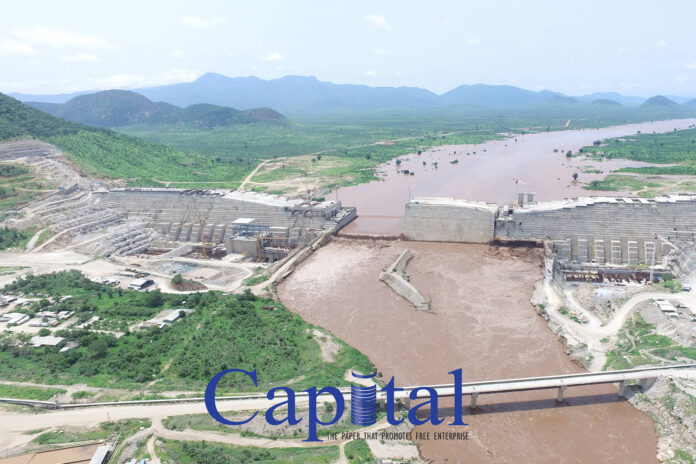 Ethiopia invites Sudan and Egypt to nominate dam operators for data exchange before the filling of the Grand Ethiopian Renaissance Dam (GERD) in the coming rainy seasons on the aim of confidence-building measures among the three countries on the project.
Ethiopia frequently expressed its desire that it wants partnership and cooperation on mutual benefit under a principle of win-win manner for the development of Abay (Nile) River. Regarding the hydroelectric, it had also indicated that it would not have significant harm on the downstream countries that was also proofed by experts of the three countries.
In its latest statement from the Ministry of Foreign Affairs (MoFA) indicated that Seleshi Bekele, Minister of Water, Irrigation, and Energy of Ethiopia, formally invited Sudan and Egypt to nominate dam operators to exchange data before the second filling of the GERD which is set to commence in the upcoming rainy seasons in Ethiopia.
In the letters addressed to Minister of Water Affairs of Sudan and Egypt, the Minister of Water Affairs, Ethiopia invited the two countries to nominate focal persons or dam operators to exchange data among the three countries with regards to the second-year filling which will take place in July and August 2021. 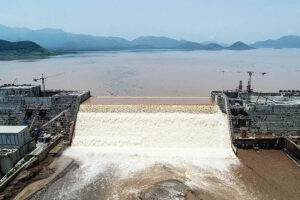 “According to the letters, the invitation was based on the consensus that was reached on the filling schedule formulated by the National Independent Scientific Research Group (NISRG) of the three countries along with the period of the filling in July and August and it may continue in September depending on the hydrology,” the statement of Ministry of Foreign Affairs explained.
It added that stating the progress of the GERD construction and the approaching rainy seasons in Ethiopia, where the filling is scheduled, the Minister of Water, Irrigation and Energy of Ethiopia underlined the need to work together on practical and important communication arrangements.
MoFA on its statement indicated that nominating focal persons soon will expedite appropriate information exchange arrangements and confidence-building measures among the tripartite until the conclusion of the GERD negotiation under the auspices of the African Union, the letters read.
The letter underlined the importance of immediate conclusion of agreement on the rules and guidelines on first filling in accordance with article 5, a of the Declaration of Principle (DoP) that was signed by the three countries in 2015 which will offer a good opportunity to build confidence and trust among the parties.