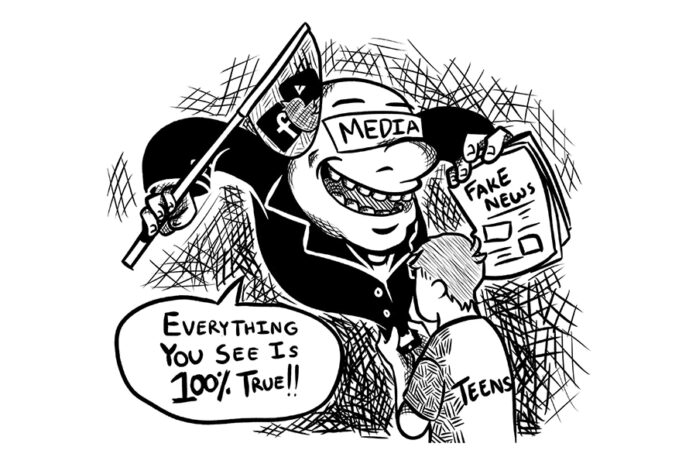 Modern governments invariably lie and intentionally mislead their citizens at the various junctions of modernity’s tightly organized existence! In fact, many of the policies of governments that are implemented on a daily basis are borne of lies. Without blatant lies, camouflaged as progress, development, nationalism, patriotism, internationalism, blah, blah, politicos running the global show, always via the instrument of governments, wouldn’t have been able to have monopolistic hold on state power! If truth be told, many of the foundations of modern societies are fake, ill-conceived and unsustainable. Yet and thanks to deeply entrenched lies prevailing in all societies, myriad unsustainabilities keep marching on!
When human societies or nations-states, to be more precise, try to build their reality on the conception of ‘infinite growth on a finite planet, it is obvious they are preaching a dangerously ‘fake narrative’. When states pronounce the rate of climate change to be according to their whims rather than the unpredictable imperatives of natural laws, it is clear governments are teaching ‘fake science’. When productive and sustainable works are demoted while phony money, which is created out of thin air and on a continuous basis, tramples hard work, it is obvious humanity is wallowing in a swamp of ‘fake economics’. Currently, even the once humbling hard sciences are made to bow down to the shallow interests of bureaucrats and their handlers, so that taxpayers’ money is swindled/diverted to benefit ‘deep state’ operators! The gullible sheeple (human mass) systemically indoctrinated to accept almost everything that is spewed out by the deep state, is made to be part of the problem rather than part of the solution!
In the realm of the sciences, such fantastic fictions as intergalactic travel, or the colonization of planets that lie several light years away, (a light year is 9.46 x 1012 km) have become part and parcel of the ongoing ‘fake narratives’ regarding the cosmos. Let us illustrate some easy ‘facts’, obtained from our ever-changing knowledge. Our own galaxy, the Milky Way, has an average width of about 100,000 light years, i.e., a distance of 946,000,000,000,000,000 km. Let us say we can miraculously come up with a technology that can propel us a billion km per hour, that is 1,000,000,000 km per hour. To bring it down to earth, this is like going around our planet 25,000 times an hour! With this mighty speed it takes us over 100,000 years just to escape the confines our own average size galaxy. We can only say ‘go figure’, just like the perplexed teenager! The delicate creature that came about unknowingly, certainly outside of its flimsy perception and conception, has convinced itself to be potentially capable of travelling billions of kilometers per day into the outer space where there are plenty of unknowns, radiation, etc. (think Van Allen radiation belt) to inhabit or colonize, (to use the sickening word of the establishment) entities that can support what we know as life! Human’s fragility, always demands the continuous supply of oxygen in order to breathe, water to drink, food to eat, etc. This is not an organism that is built for space travel, despite the insinuation of the deep state, via its propaganda machines that includes the movie industry, perforce!
We can hardly maintain life on the planet that was given to us on a silver platter, let alone think of roaming around the mighty cosmos as if it were some kind of Disney land! Like it or not, indoctrinating rather than enlightening is the core ideology of the so-called modern nation-states. If their sheeple becomes enlightened then realistic questions will be raised as to why we are leading such a decisively suicidal existence, here on our rare blue planet! At this point we believe, one has to realize the evil-minded amongst us. There are a whole lot of people who are not interested in the continuation of life after them. In the lingua of modern psychiatry, they are called sociopaths/psychopaths. All they are interested in is temporal gratifications that always come with costly attendant consequences. Take the case of nuclear energy. There is no doubt there is a very real risk associated with all sorts of nuclear power. This is a proven fact, however much the ‘deep state’ tries to hide this reality. Yet the peddlers of nuclear power plants/arsenals still want to push nuclear power based technologies, as if they were very safe and almost risk free. As a result, everybody and his uncle (Middle East, Africa, etc.) think it is a worthwhile project to pursue!
The burning issue then becomes, how to change our fake narratives? For a start, independence from the so-called indoctrination machines is a must. Unfortunately, this includes distancing the global citizenry away from the so-called institutions of ‘enlightenment’. They have become quite toxic, at least as they are constituted today! Secondly, one has to recognize the Main Stream Media (MSM) is at best noxious, if not deadly poisonous, particularly when it comes to reflective and critical thinking. Look at the tragedy-comedy-the case of the wealthy pedophile Jeffrey Epstein. Not long ago, he was revered as a successful ‘billionaire’, even though nobody knew how he actually made his money. The mainstream media has stopped questioning the very processes of acquiring wealth, so long as the person in question is a stooge of the deep state, just like the numerous cases of criminal accumulation in our part of the world. It is only when things start to get hot, the dubious characters in question attract some attention, good or bad!
For better or worse, humanity survived because it had to do what it had to do, mostly by critically and continuously examining its evolved reality within the broader realm of the natural environment. The human animal did not ‘ascend’, so to speak, again for better or worse, not by the state of quackery and fakery! Yet, when it comes to the world of politicos and their affairs, the mantra still remains; “When it gets serious, you have to lie” Jean-Claude Juncker, President of the European Commission. Good Day!