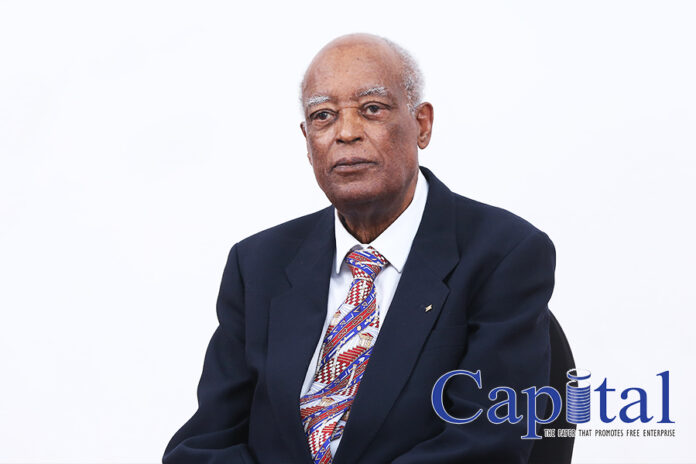 Known around the world as ‘Lord of the Ring’, for inventing laparoscopic adjustable gastric banding to treat morbid obesity professor and surgeon Mitiku Belachew has died at the age of 78 in Liege, Belgium on Thursday, April 8.
Born into a family of 9 in 1942, in a rural area where there were no schools, he tended to cows and goats from the time he was a small child. Then, when he turned 12 he heard about a school far away. He went there and made the most of the opportunity, graduating just 7 years later. This initiative and drive became a trademark of his life as he learned French to study at a Belgium university when there was not a medical school here and invented a way to save the lives of those who were grossly overweight.
Professor Mitiku was a surgeon of Ethiopian origin practicing obesity surgery since 1975. He was one of the pioneer surgeons for laparoscopic surgery. He developed the Laparoscopic Adjustable Gastric Banding (LAGB) technique for the treatment of morbid obesity. Since 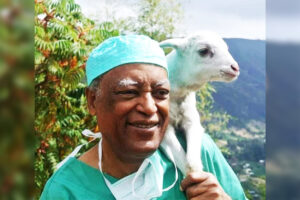 then, successful surgical workshops have been organized to which Prof. Mitiku had trained more than 300 surgeons from all over the world on this procedure. He also used to teach LAGB in many places around the World. He was proctoring FDA approved clinical trial programs of LAGB in more than 15 university centers in the USA since 1995.
Professor Mitiku in the last few years wrote a book entitled ‘The Shepherd Became A Surgeon’ that was translated in Amharic and English from the original French version. The book focuses on the life history of the professor who managed to become a world renowned Doctor from being a shepherd in a small village.
The professor and surgeon, has lived a life that truly inspires each and every one of us to rise above our circumstances. Whenever there was an obstacle he overcame it.
He also brought tools and experience with him to Ethiopia in the last couple of years where he was working to train the next generation of doctors. Furthermore, he inspired others to say no to limitations and encouraged them to use their talents to enrich the lives of others.
His relentless desire to inspire others is what led to the translation of his book to Amharic and English from the original French version; so as to light the path of others with the much needed motivation and zeal during these times.
“The book is an autobiography. It mainly focuses on how I went from being a herder in a very small rural city to a surgical doctor travelling all over the world. It’s written in French but now it’s translated to English. It’s a popular book with French speaking people,” Mitiku once told Capital in an ever so jovial manner. “It is also translated in Amharic with a title ‘Eregnaw Hakim’. I hope it will reach more people and inspire and motivate them.”