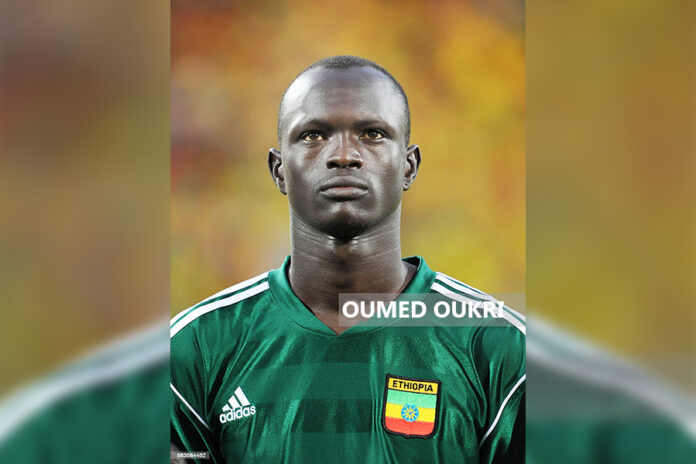 The former Waliya striker Oumed Oukri returned home only to join Ashenafi bekele’s Hadiya Hossana in a one-year deal. The Gambela born Oumed is the second player next to the giant defensive midfielder Gatoch Panom who returned home to join Wolayta Dicha.
The presence of the two footballers boasting half a dozen years of adventure in foreign clubs is much expected to bring about an additional spark to the Ethiopian premier league second round fixtures.
Nicknamed the” The Cheetah” Oumed Oukri is much expected to revitalize the league season’s surprise package Hadiya Hosana and now he is handed a huge responsibility to save in poor form Sidama Bunna and newly appointed Coach Gebremedin Haile from relegation nightmare.
Serving nearly half a dozen sides in his six years stay in Egypt scoring a number of goals, the former Mekelakeya and Kidus Giorgis forward Oumed is going to spearhead Hossana’s strike force that was considered the weakest point in Coach Ashenafi Bekele’s squad.
The former Ethiopian Premier League Player of the Year Oumed is best remembered for his amazing pace. “Diehard individual effort and spectacular volleys from the edge of the box, he is going to be a real game changer for his amazing pace and thundering volleys. He gives Hossana an extra hand in tormenting our adversaries,” one of the senior players suggested.
Back from three weeks break due to international matches, the season’s surprise package Hossana is expected to stay on course at the top four finishers. “A fruitful three weeks break and new faces in the squad, we are ready for new adventures,” one of the players suggested.