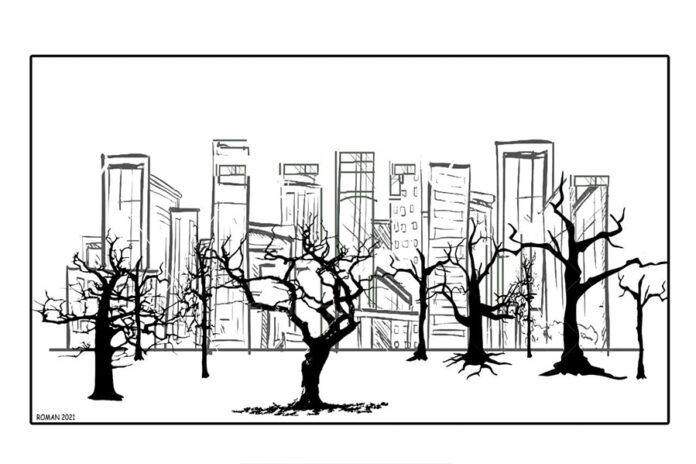 It is generally assumed those who benefit from the reigning economic system (in a given society) should pay tax. It is also assumed those who disproportionately benefit from existing setups, should pay even more taxes. But like water, capital flows to areas of least resistance. The thing is; investment in areas of least resistance might not be what a society wants at a given time and space. To encourage those who are tackling the important and relatively difficult tasks within a society, states usually devise compensatory tax regimes. If a tax system fails to properly address the various sectors of a given economy, rather equitably, rent will soon start to dominate economic activities. Beware; easy money doesn’t build character. If anything, it promotes degeneration, as is visible in many parts of the world system where parasitic oligarchs reign!
‘Unearned income’ is a phrase used to denote net revenues that accrue without much hassle. Rents of all kinds (real estate, financial, mineral, land, etc.) fell into this category. Therefore, taxes must take into consideration the light efforts expended to earn these respective (rent) incomes. In general, those who benefit from rent tend to be numerically small, yet they are politically powerful. Tampering with their interests can cause political disruption. In a society where election matters, politicians (most likely) will not get elected by promising to increase tax, especially in the urban sectors of the world system where rent is deep rooted. On the other hand, there are critical sectors of an economy where there is hardly any profit to be made. For example in Ethiopia, the agricultural sector is very important and sustains the livelihood of about 80% of our population. This sector is not lucrative, hence is hardly taxed. As a general principle, work and rent must be clearly delineated so that operators are made aware of their obligations, particularly in regards to taxation.
Earning decent income is becoming very difficult, all over the world. Without accounting gimmicks over 60% of businesses in the mature economies of the world system might not be viable. It is becoming more or less the same even in the poorer countries. It is claimed the market economy, with all its neo-liberal vagaries intact, operates more brutally in the peripheries, than in developed economies, mostly due to institutional weaknesses and out right corruption. Be that as it may, the tendency of profit to decrease over time is one of the defining tenets of modern capitalism. We will not go through the ‘whys’ of this important thesis; suffice is to say, this phenomenon is what renders many a business (old and new) non-viable. The current deafening war drum by dominant interests is a direct consequence of the accumulation problematic! In the above, we single out crony capitalism, as it is a different animal altogether. The motto of crony capitalism is akin to the Orwellian story; ‘…all animals are equal but some are more equal than others.’ If truth be told, one is not actually talking about genuine business activities/operations in crony capitalism, but rather planned extortion, which takes place in broad daylight in cahoots with the power that be (TPTB)! The classic examples are our own recently minted parasitic oligarchs, who are uniquely allowed to access public/private resources while impostering as market operators!
Taxation regimes can distort markets and lead operators astray. The practice of allowing interests to be deducted from income; or in other words, interests to be considered as business expense, has led to the destruction of many a company. The so-called private equity funds tend to leverage this reckless business strategy to their advantages. These entities usually buy a relatively healthy company and saddle it with massive debt. The interest on the debt is allowed as expense. So long as the company can service the debt, it might be considered ok, but it certainly is not as healthy as it used to be before the buyout. These vultures run away with the accessed loan while the balance sheet of the company is systemically ruined. Studies have shown that by eliminating interest deductibility (in a regime of 35% income tax) the corporate income tax rate is effectively reduced to around 15%. By not allowing interests to be deductible, states can also help create viable and resilient companies! Naturally one of the resistors to this scheme, even though it is gaining wider acceptance, are the banks. No surprise here! The alpha and omega of bank’s or their raison d’etre, is to peddle loans. These loans, created out of thin air, make the banks plenty of money in form of interests, to say nothing about their accumulation of wealth by stealth!
Excessive debt is what ails most economies, including ours. Unless our attitude towards debts changes, situations will only get worse. “Change is never painful. Only resistance to change is painful.” Buddha. Good Day!