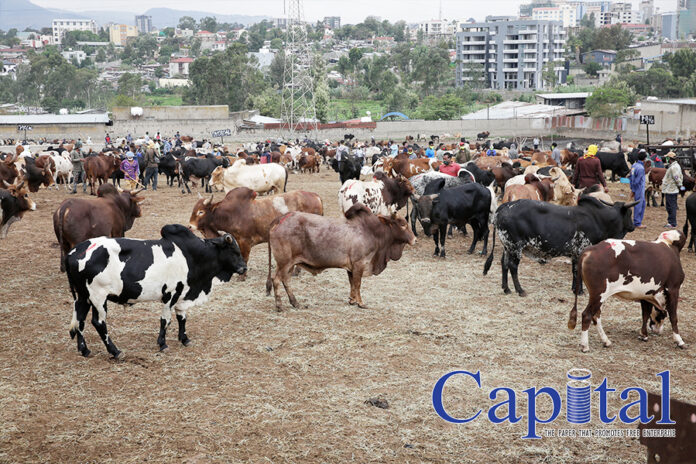 Local instability has dragged down the holiday market which was recovering from the pandemic hit after a year. Being a holiday season in the form of Easter and Ramadan the market is expected to increase because of perceived increase in demand against shortage in commodity.
In Ethiopia, where more than half of the population is assumed to be following the orthodox faith, Easter is welcomed after an eight week of fast for most. Moreover, Easter is one of the major holidays that Ethiopians celebrate. On Easter eve, Christian-Ethiopians participate in hours-long church service that ends around 3 a.m. on Sunday, after which they break their fast.
It is always a familiar sight to see the markets full to the brim during the last days of the holiday. However this time round most of the consumers seem to be complaining about the prices of commodities. Furthermore, the traders themselves are complaining that the market condition has escalated above proportion.
The food items price spike continues to be a headache to majority of the population. In most of the huge markets in the city as Capital has observed the market is showing no signs of price decrease. Both food items and non-food items are shooting in price as supply of the commodity is showing shortage. Also there are instances of high shake over in terms of the Price of vegetables and grains including Teff, and other necessities which has lasted over a month which has financial burdened the population.
When consumers’ on one end complain about the price in the market, traders on the other end reply that the country’s situation and instability has resulted in the hike of commodities.
Mostly cattle, butter, eggs and chicken come to the city from various parts of the country, mainly from Harar, Gojjam, Arbaminch and Jimma. However, as result of uprising conflicts in the country have made traders to fear to move from place to place thus the price of some products are increasing with double and some showing some significant increment.
Kera, Akaki, Shegole, Bercheko are the largest cattle markets receiving cattle from different parts of the country, mainly from Harar, Wellega, Bahirdar, Jimma, Gonder and Wolayita among others. Usually, sale of livestock inside the center reflects significant seasonal variations on demand and supply. 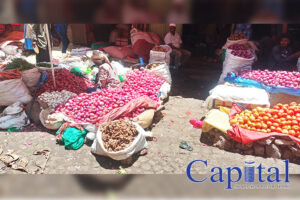 In Kera, the largest cattle market in the city, traders informed Capital that the price of Cattle is showing a 4000 up to 8000 birr price increase compare to the last year, The supply of cattle comes from far and wide from the likes of Harar, Wellega, Bahirdar, Jimma, Gonder and Wolayita mostly used for the celebration. According to the traders, usually, the price is based on the type, size and origin of the cattle. “Recent unrest in some parts of the country has made it difficult to receive cattle from parts of the country. And on the last two days of the holiday the price is expected to be raised even more,” expressed one trader in an interview.
In other parts of the city at the shola market traders are selling an egg for 5.50 to 6.00 birr which was 3.50 to 5.00 birr last year, whereas a chicken would set consumers back between 470-650 birr based on their size which was between 300 birr to 500 birr last year. “Last year COVID had decreased the demand of chicken since people did not show much interest to buy cattle like they used to buy,” said on cattle seller at Kera and Shola. The other necessary commodity which is butter is ranging from 450-580, which was 250 birr and 320 birr last Easter.
According to the central statics agency, Headline inflation in the month of March, 2021 has recorded 20.2 percent increase. Most of the components of Food index showed increase as compared to similar months last year where food items recorded 22.6 percent increase in March 2021 as compared to the one observed in December 2020 whereas non-food items stood at 17.1 percent.
Bread and Cereals by 29.7 percent, Meat 11.9 percent, Fish and Seafood by 41 percent, Milk, Cheese and Eggs 32.8 percent, Oil and Fats 22.1 percent, Fruits by 6.4 percent, Vegetables and Pulses, Potatoes and Tubers by 16.1 percent, Sugar, Honey and Chocolate declined by 14.5 percent, Other Food Products and spices by 16.8 percent and Non-Alcoholic beverages and Coffee by 19.6 percent, were recorded.
This means that during the coming festive season, consumers will have to dig a bit deeper than before to have a wholesome festive season.
With regards to overall inflation, Cereal prices have continued to increase in the current month which has been a great contributor for the rise of food inflation. In addition, Vegetables and Pulses types have registered an increase in their price in the current month.
On the other hand, the continued surge in the prices of edible Oil, Spices (Pepper), Fruits, Vegetables, Potatoes, and coffee during the current month has similarly played a pivotal role in increasing the rate of inflation. 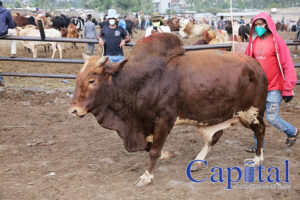 The annual inflation rate showed an increase in the current month since prices were relatively lower in the same month last year. The Non-Food inflation showed rapid growth rate of 18.9 percent in March 2021 as compared to the one observed in March 2020. The rise in Non-food Inflation is mainly due to rise in the prices of Alcohol and Tobacco, Stimulants (Chat), Clothing and Footwear, Housing Repair and Maintenance (Cement and Corrugated Iron sheets), and Energy (Firewood and Charcoal), Medical care, Transport (fuel) and Jewelry (Gold). Inflation based on comparison of Current vs. Last month at Country Level (month-on-month) in general CPI for March 2021 has showed an increase of 2.9 Percent as compared to the preceding month. The monthly inflation rate measures the price change between the two latest months. Although up to date, it can be affected by seasonal and other short term effects.
Addis Ababa City Trade Bureau announced that distribution activities are underway to make basic consumer products accessible to the public through Easter and Eid Al-Fitr holidays. Addis Ababa City Trade Bureau Head, Abdulfatah Youssef, toured the sub-cities where consumer cooperatives are preparing for the upcoming Eid and Eid Al-Fitr festivities. Consumer cooperatives in various sub-cities have also provided oil, sugar, teff, wheat flour, eggs, butter and various agricultural and industrial products.